Sustained community engagement is key to overcoming the influence of lobbyists in Annapolis, experienced lawmakers those gathered at the ‘From Protest to Policy: Making Advocacy Count,’ forum. The event was a collaboration between Leaders of a Beautiful Struggle, a youth-led Baltimore policy think tank, and Associated Black Charities (ABC), an advocacy organization that seeks to build healthier and more prosperous communities in Maryland, according to its website. The forum consisted of a panel featuring Del. Jill Carter (D) of Baltimore’s 41st district and former Del. Aisha Braveboy (D) of Prince George’s County’s 25th district, and moderated by Diane Bell-McKoy, CEO of ABC.

Braveboy and Carter told those present that most legislators are not activist lawmakers, which means support for specific legislation or policies is largely driven by interactions with lobbyists.

Carter referred to herself and Braveboy as ‘activist legislators.’

“We’ll champion causes because we believe they’re right and that is not the norm [in Annapolis],” said Carter during the forum. “In Annapolis, there are paid lobbyists, and paid advocates that champion bills. They are paid to be there for the 90 days, and they have built relationships with legislators. They are there every day, in offices, building relationships – having dinners, having lunches – and talking about their issues throughout the course of the session, and often times that leaves the regular people, the constituents . . . out in the cold when it comes to passing laws.”

Braveboy explained that what legislators do during the session starts much earlier, with grassroots efforts in the community creating awareness of issues to be addressed through legislation. Once that awareness reaches legislators, a bill is drafted and presented to the legislature, where it is assigned to a committee. A public forum is held, and if the bill is approved by the committee it reaches the floor for a vote.

“Typically, once a piece of legislation comes out of a standing committee, typically it passes on the floor . . . but you want to make sure that, especially when there’s legislation that may be controversial, that you have enough presence, not just on that committee but in the entire legislature, advocating for your policy position,” said Braveboy. She added that a big mistakes people make in the policymaking process is failing to ensure you have enough floor votes to pass a bill. Being certain of the votes, she said, requires sustained engagement with lawmakers beyond those sitting on the relevant committee.

After the panel, eleven advocacy groups presented their legislative agendas for the 2015 legislative session of Maryland’s General Assembly, which opened Jan. 14. A. Adar Ayira, a project manager with ABC, closed out the event. “I want to say to you that policy is moral,” said Ayira, “because policy tells us about whom we care in society, and about whom we don’t . . . if we do not walk into policy, and each of us use the information that we have to help our policymakers expand their lens, then we will continue to get what we have always gotten.” 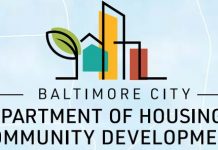