Characters We’ve Met Along the Way

One of the most exciting aspects of a journalist’s job is the people you meet, as you gather the stories you delight in telling. Each year the AFRO asks its writers to share with our readership the folks who’ve had the greatest impact on them. Enjoy! 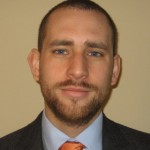 I have come across many people over these last 10 months writing for the AFRO:  entrepreneurs, non-profit founders, politicians, folks waiting at bus stops or sitting on porches. All of these interactions, whether interviews for stories or just conversations in passing have informed my journalism, but if I had to choose one that has been the most influential I would have to cite Mr. Thomas Hill.

Hill is 62 (at least he was when we spoke), and lives at the Brentwood public housing complex at E. 25th and Barclay. I spoke to Hill on Primary Day (the Brentwood is also a polling site) and he was kind enough to provide a few comments for my primary election story which I would write later that evening.

Hill and I spoke for some time as I waited for other folks to come along who might also be willing to comment. He told me about his life, his various jobs, some of his vices, and many of his thoughts on Baltimore politics (short version: corporate interests run this town and little has changed for everyday people in decades).

He also spoke to me about his family, and particularly his grandchildren, who were no longer in the Baltimore area as they had since moved away for college.  I asked him if he wanted them to return to the city he had known most of his life.

That stuck with me. It was a reminder that, at day’s end, most people just want to see their children do better than they did, avoid their parents’ mistakes and build lives of their own. I have sought to keep that insight at the center of my journalism, and hope that my work contributes in some small way to creating a Baltimore where the block you are born in does not determine the blocks you will end up in, and holding those accountable who fail to live up to that mission.

The Rev. Jazmin Sculark, “Dr. Jazz,” whose fiery love for God, and rags-to-riches ascent from the blood- stained, poverty-riddled streets of Laventille, Trinidad, to the head of a Maryland mega church was as uplifting a story that this reporter has ever chronicled.

Simmie Knox, the acclaimed portraitist whose ability to read faces– a survival skill acquired in the Jim Crow South, where one ill-placed glance could cost a Black person their life–left an indelible mark. As did the many lawyers, community organizers and activists who gave of themselves to fight for the right of every American to vote, or to ensure that Black lives did matter.

D.C. Council Muriel Bowser (D-Ward 4) started out this year as possibly upsetting D.C. Mayor Vincent Gray as the city’s next chief executive. It became clear that it would become a reality when Bowser defeated Gray in a straw poll conducted by the Ward 8 Democrats in January, which surprised everyone because that ward was considered a Gray stronghold.

U.S. Rep. James Clyburn distinguished himself as the interview or source having the greatest impact on my personal and professional life in 2014. Rep. Clyburn was particularly gracious and direct in detailing the conundrum many African-American politicians face when confronting racial bigotry within judicial and governing institutions.  His responses always reflected deep race pride, a belief in America’s founding principles and a continuing commitment to social equality.

A few weeks ago, I met a young lady named Angie Brilliance. She was a lead organizer for the Black Youth Project 100 (BYP 100) in a rally at the DC Police Headquarters. With almost a dozen youth assembled, Brilliance peacefully protested the police brutality that has led to the killings of black and brown youth across the country.

In her early twenties, Angie stood at the forefront of the crowd. She spoke with me confidently about the rally, but also mentioned solutions to injustices such as collaborating with police who have the authority to suggest and enforce punishment for misconduct of officers.

In her power, Brilliance was humble. In her intellect, she was compassionate. Although I’d only been with her long enough to capture a few videos for Instagram, I was sincerely impressed.

Brilliance represents the thousands of people in my generation who have shown that millennials are more than tech-savvy and entitled. And even if we are, we have the ability to use these traits as assets to change our communities, our countries and the world. 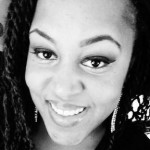 It has been really hard to narrow down a choice for a character that has most affected me this calendar year. I’ve personally met and talked to so many great people through my interviews with the AFRO.

One person that stands out is Clarence Pringle who I actually wrote about on Oct. 1 (http://afro.com/federal-credit-union-building-dedicated-to-longtime-board-member/). His resilience and passion amazed me. He grew up poor in a small town in South Carolina and built himself up in a new city, starting as a store laborer and finally having a building named in honor of his service on the Board of Directors at the Transit Employees Federal Credit Union (TEFCU). Even presently, he says he still plans to be around and involved at TEFCU and even more active in his church by volunteering on the financial side.

What struck me most about him is he said he didn’t think he deserved a building named after him. He was just doing his job, he said. His humility is admirable as is his belief in hard work and giving back. 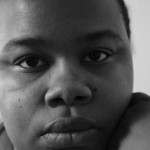 Of all the people that I’ve met and talked to, I was most impacted by DaVeeda Young White. The story of her long-running battle with Multiple Sclerosis has put a different perspective on quality of life for me. She also was diagnosed with breast cancer and has had a double mastectomy. She has been living with MS for the last 15 years and has taken on the mentality that “I am whole, perfect and complete.” I relate most to her because I have a series of personal injuries/ medical issues that knock me out some days, while other days are just okay. Some days, I wake up and am unable to use my hands or arms or I’ll be suffering from a debilitating migraine and my husband has to nurse me to health. Sometimes, DaVeeda wakes up and doesn’t have the ability to use her arms and it will be from either the MS or the chemo. Hearing her story was so inspirational; she accepts that there are times when she is unable to do things. She has taught me, indirectly, that my health is the most important thing I can have, and that pain, though real, is definitely manageable.