When Lolita Shaw found that the rental space for her hair salon on H Street Northeast was being sold, she immediately approached the owner about buying the space. She wants to expand the one-floor salon into a holistic spa, with sauna and massage spaces on the upstairs floors. When the price tag for the building exceeded one million dollars, Shaw had to rescind her offer, and was forced by the new owners to shutter her 20-year-business.

Shaw was among approximately 85 business people who joined the D.C. chapter of the NAACP at the VIP Room, a D.C. social club in Northwest, for the “Black-Owned Business Forum: How Can Small Black Businesses Survive in D.C.?” on Dec. 3.

“Predatory development and gentrification not only impacts people’s homes, but also the businesses that anchor the churches, schools, seniors, and children in neighborhoods,” Bo Sampson, owner of the VIP Room, told the AFRO. “When a business is run out of the city, it forces the jobs and livelihood of the people depending on it out as well. It’s in this way that city officials are not connecting the dots between homelessness, joblessness, and poverty in areas that once thrived.”

Sampson’s sentiments were shared by many long-time D.C. residents who attended the summit, slated to be the first of many. Attendees voiced anger over escalating rents, real estate taxes associated with rising property values, and the elected officials who have sanctioned both.

“Gentrification is not White folks coming in and taking over minority neighborhoods; it is when our elected officials refuse to balance out the needs of all citizens by putting the wants of some over the needs of others,” Ward 4 ANC Commissioner Ron Austin (4B06) told the AFRO. “The problem is that, as African Americans, we do a lot of talking but not much action comes from it, or we refuse to get involved unless it is a crisis of some sort that motivates us to act. This has to stop.”

Peaches Watson, owner of Peaches Kitchen Restaurant & Catering Service in Northwest D.C., said the predatory use of legal policy to drive Black people out of the city and some communities is devastating to Washingtonians. Likening the process to a slap in the face by elected officials, Watson said the city should support those who have supported the city for decades.

“A lot of Black businesses are in neighborhoods riddled for years with crime – shootings, robberies, assaults – and we held on and kept the community anchored,” Watson told the AFRO. “Now that a few people have come in and decided that they would rather not have our businesses near the homes they just purchased, city officials choose not to support us. It is clear that we cannot rely on anyone or anything else except ourselves and our communities, and so our mobilizing has begun.” 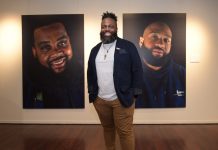 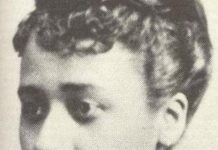