The Mayo Clinic possesses a strong commitment to providing resources to patients within the African American community—a group that suffers from a vast array of healthcare disparities and a higher mortality rate for many diseases. 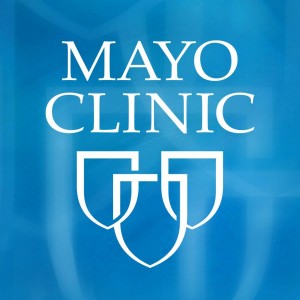 Americans to participate in research studies. Among Mayo Clinic’s various partnerships is one with The Links Inc., one of the oldest and largest volunteer services organizations in the Black community.  Founded in 1946, the Links is an organization of women committed to enriching, sustaining, and ensuring the culture and economic survival of African Americans.

One of the faces promoting greater female participation in research is Dr. Vivian W. Pinn, former director of the Office of Research on Women’s Health for the National Institutes of Health. She has also served as professor and chair of the Department of Pathology at Howard University.

Dr. Sharonne N. Hayes is a professor of Internal Medicine and Cardiovascular Diseases and founder of Women’s Heart Clinic in Rochester, Minn. In addition, Hayes was appointed as the Mayo Clinic’s director of Diversity and Inclusion in 2010. In this role she sets strategy for activities across all clinics, including the Washington, D.C. area, and develops solutions for equity in patient care. Hayes has also developed programs to provide mentorship for women physicians to promote a more diverse workforce, including within the field of cardiovascular medicine.

Hayes stressed the importance of African American participation in healthcare, pointing out that pain relievers and treatments are available today because of clinical trials.

Another key partnership was formed between Mayo Clinic’s Dr. Ebbie Stewart and Sateria Venable, a Baltimore resident, to seek helping African-American women with fibroids within the D.C. metro area. Stewart has studied uterine fibroids, also called uterine leiomyoma or myoma, for more than 20 years, and seeks continued research and education around the differences in African American women’s health.

“The goal is to give women the evidence-based research they need to make treatment decisions,” said Stewart. “Right now we can’t tell you treatment option A is better than treatment option B and we critically need this information.”

Venable began having issues with fibroids before she was 30. She was told she should consider a hysterectomy, yet she opted for other treatments. It was during the search for more information she found Stewart; together they have worked to obtain a $20 million dollar grant to help better understand the impact of fibroids.

The Mayo Clinic’s knowledge, expertise and desire to advance medical research in the African-American community should encourage residents to be proactive in taking control of their health.

“I suggest women become proactive given how prevalent fibroids [are] within the African-American community. Ask questions and be active in getting additional information,” Stewart said.

“I am based in Baltimore and it’s important to know 80 percent of African-American women have uterine fibroids, some are more severe than others. Fibroids are a health crisis in the U.S.” Venable said. “Although there is a stigma attached to women and bleeding,  we need to talk about these symptoms. I encourage you to find a physician that can help develop a plan for your care.”

Food Bank provides for holidays and beyond

Distance Learning Makes It Harder for Kids to Exercise

Black virologist makes call to action for protection against COVID-19

Black Woman in Tech Creates App that is Changing the Way...