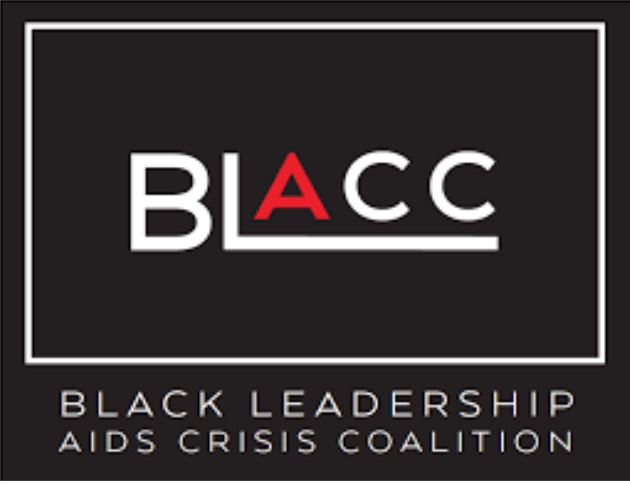 (BUSINESS WIRE)–In recognition of World AIDS Day, Dec. 1, the Black Leadership AIDS Crisis Coalition (BLACC) – an initiative of AIDS Healthcare Foundation which is the world’s largest, non-profit public health organization addressing the HIV/AIDS epidemic – is utilizing the power of the arts and social media to bring greater awareness to the HIV/AIDS epidemic and its disproportionate impact on Black Americans.

The group has partnered with the Inglewood (Calif.) Pacific chapter of The Links, Inc. to roll out a nationwide campaign, entitled “Rock the Red” to specifically engage African American women on the impact of HIV/AIDS. As well, BLACC, in partnership with Rolling Out Magazine and Atlanta-based Horizon Theatre Company, will bring to the virtual stage the premiere of the theatrical production, “Love, M.,” to provide an opportunity to engage and educate individuals, from all backgrounds on the impact of stigma and shame and the power of love and true acceptance.

Rock the Red – Launching on Dec. 1, The Links, Inc. Inglewood (CA) Pacific Chapter in partnership with BLACC have engaged a diverse array of national African American female leaders for a social media campaign to promote awareness around the impact of the HIV/AIDS epidemic on African American women; and to encourage them to make an individual commitment to know their status, get tested and take control of their health and wellness. The campaign launch will include an array of high-profile African American women including award-winning actor, Vanessa Bell Calloway, Atlanta-Mayor Keisha Lance Bottoms, The Links, Inc. national president Kimberly Jeffries Leonard and acclaimed actor, choreographer and producer Debbie Allen. Using Facebook, Instagram and Twitter, the campaign calls women to engage through 4 easy steps:

1) Find something red to wear. 2) Take a selfie in their red.  3) Make a statement of commitment of why she “rocks the red” against HIV/AIDS.  4) Post it on their social media channels and share with their networks with the hashtag #RocktheRed.

Premiere of “Love, M.” – Horizon Theatre Company and BLACC have come together to bring to the virtual stage “Love, M.,” a powerful story about mothers, sons, and AIDS activists during the early days of the AIDS crisis. The free virtual premiere will star actor and activist Lamman Rucker from the television series “Greenleaf” and actor and Broadway icon Terry Burrell.

Using a smart blend of southern humor and familial love as a framework, Love, M. takes audience members on a journey of what it means to accept yourself and your loved ones for who they really are. Told through letters, Love, M. by Clarinda Ross is the story of two mothers at the dawn of AIDS. Atlanta white socialite Deborah writes to her son, Chris, who is pursuing his dream of becoming an actor. Myrtle (Terry Burrell), a Black southern Baptist, writes to her son, Timothy (Lamman Rucker), an idealistic young lawyer. Playwright and actor Clarinda Ross, plays Deborah, and Atlanta actor Chris Hecke returns to Horizon as her son, Chris.

From Georgia to San Francisco, love is never simple, but it is always a force to be reckoned with. As audience members enjoy the play, they will pull back the complicated layers that make up a mother-son relationship. This idea of all-encompassing love, along with the history behind the AIDS Memorial Quilt, serves as a backdrop to a story that crosses states, beliefs, and generations. With humor and humanity, “Love, M.” weaves the abiding threads of the healing power of love, as the characters piece their way towards acceptance.

“Love, M.” will premiere at 7 p.m. on Dec. 1. For information on how to attend the virtual festivities visit horizontheatre.com/love-m.

To deepen the education and awareness of the disproportionate impact of HIV/AIDS on Black Americans, AHF launched the Black Leadership AIDS Crisis Coalition (BLACC) in 2014 to create a coalition of Black-American cultural influencers and health advocates, that through the use of innovative, culturally relevant messaging and initiatives, are revolutionizing outreach to the Black American community and elevating the education and awareness of sexual health and wellness and bringing greater awareness to the social justice issues disproportionately impacting the health and wellness of Black Americans.

BLACC members and supporters speak directly to our community to encourage sexual responsibility and keep HIV/STD prevention and treatment, and those advocacy issues that impact the rise of the epidemic, at the forefront of the national Black-American agenda.

According to the recent statistics by the Centers for Disease Controls (CDC), Black Americans accounts for 13% of the U.S. population, but over 40% of new HIV diagnoses.

4 things to know about COVID-19 vaccines and pregnancy

WITH PANDEMIC RELIEF SET TO EXPIRE — CREATING UNCERTAINTY FOR YOUTH...

ASALH is hosting its 106th Annual Meeting and Virtual Conference

A cultural, principled and comical legacy

The diverse group of citizens of Talbot County and “The night...

TBE#38 – Gymnasts’ demand for justice is a powerful display of...