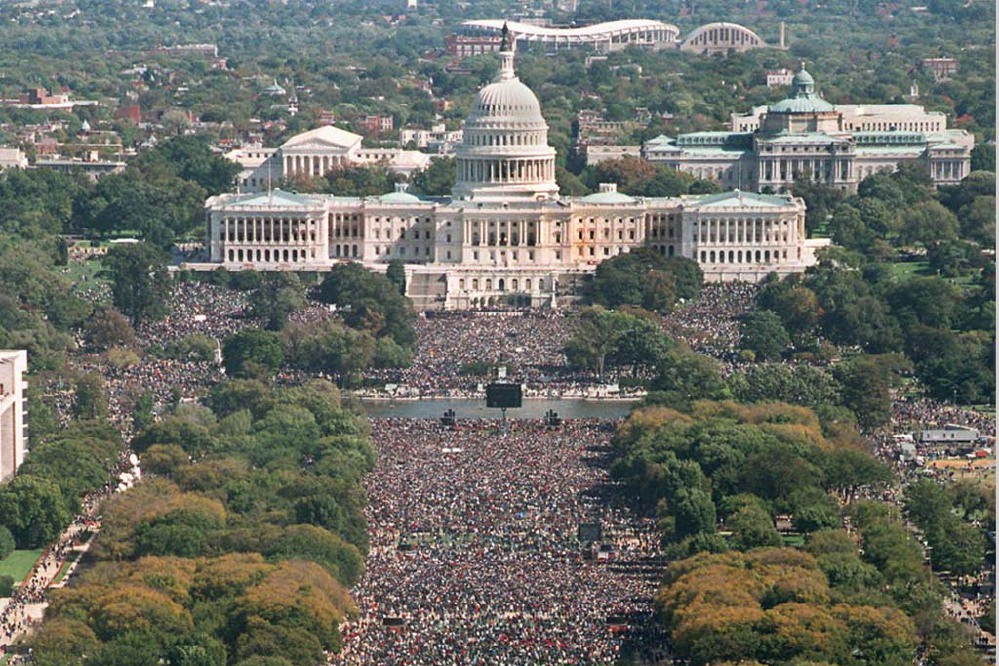 By Imani Wj Wright
Special to the AFRO

Oct. 16 marked the 25th Anniversary of the historic Million Man March in Washington,  D.C.  Initially called to action by Louis Farrakhan, the Million March was meant to “convey to the world a vastly different picture of the Black male, along with uniting in self-help and self-defense against economic & social ills that plague the African American community.” Having originally taken place in 1995 at the National Mall- in a time post Civil Rights Movement, Black Panthers and Rodney King, this event was monumental for the African-American community.

In commemoration of the march, Baltimore native Ertha Harris made it her annual duty to host a series of events on Oct. 16. This year, even through the crisis of a pandemic, she and the Baltimore organizing committee of the Million March delivered.

At 6 a.m. the commemorating began with an annual Sunrise Prayer at Druid Hill Park. That event was followed by a commemorating breakfast at 8 a.m., then an All-Men Reflection Meet & Greet Dinner at 4 p.m. and a screening of the trailer for a short documentary, co-directed by Ertha Harris and AmenRa Darby, to close out the day.

Harris and Darby’s documentary, Men of the March: Before, During & After, focuses on the lives of several men involved with the Million Man March, their lives before that day in 1995, and impacts of the movement today. The documentary showed that gatherings like the Million Man March shouldn’t be viewed as just singular occurrences, but that there are long lasting effects attached to its development via the African-American male’s past and future.

“What we have decided here in Baltimore that we won’t be letting go of that legacy… On Oct. 16, we hold a Sunrise prayer at Druid Hill Park. The Sunrise prayer represents that when people woke up, they saw a sea of Black people… No one was really (to me) as motivated about the march, until they actually saw it.” She added.

One theme that was constant amongst attendees was the realization of  “togetherness” and “unity” that African-American males can share.

“What [the Million Man March] did and should do, is let us know that we can do it. That’s first and foremost. If we didn’t have this event today, would [young men] know about it, and be talking about it now? As any nation does, we want to remember great things, just like we remember bad things. This is a part of history,” said attendee Bill Goodwin.

Comcast RISE Awards Over 700 Black-Owned, Small Businesses with Marketing and...

Distance Learning Makes It Harder for Kids to Exercise

Black virologist makes call to action for protection against COVID-19

Black Woman in Tech Creates App that is Changing the Way...