JOHANNESBURG (AP) — South African university students who want free education protested on several campuses Tuesday, clashing with police in Johannesburg and shutting down classes at some universities around the country. However, many students did not participate, reflecting divisions over whether to revive a powerful protest movement that challenged President Jacob Zuma last year.

The students were reacting to a government announcement that universities can increase fees by up to 8 percent next year. In 2015, the government froze university fees for the current year after some of the biggest student protests in South Africa since the end of white minority rule in 1994.

Police on Tuesday set off stun grenades and arrested about 30 students who were blocking access to the University of the Witwatersrand in Johannesburg. The students were later released. Protesters also threw stones at security guards with shields and helmets outside a main campus building. Some guards threw projectiles back at the students.

Earlier, the university said in a statement that it was monitoring “roving groups” of protesters.

The protesters want free education for all students. Blade Nzimande, the education minister, has said the demand is not feasible because South Africa can’t afford it.

The government has promised to pay about $180 million to cover the costs of poor students. 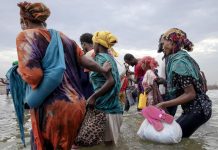 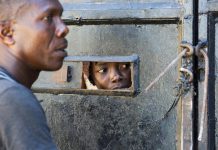 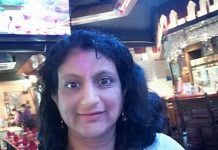