The general manager of the Washington, D.C. area’s transit system announced on May 6 substantial changes in the way the Metrorail will operate because of malfunctioning equipment and parts. 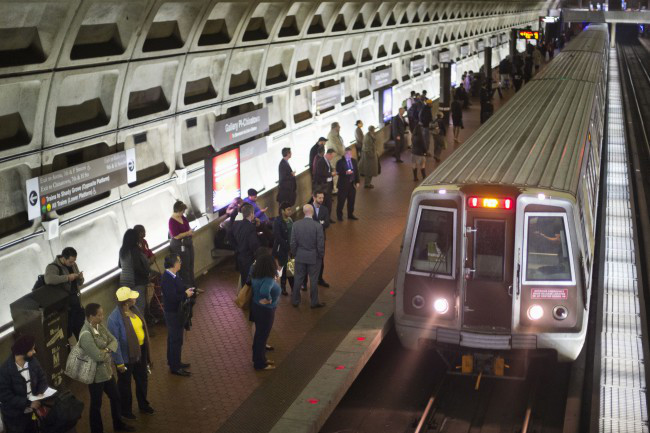 Paul J. Wiedefeld, the general manager and CEO of the Washington Metropolitan Area Transit Authority (WMATA), announced that expanded track repair work will begin in June to improve Metrorail safety and to restore customer confidence in service reliability. The plan includes 15 so-called “safety surges” over the next year that would repair equipment and update the rail system’s technology.

One of the biggest changes is to the schedule. Wiedefeld said that the rail system will close at midnight each night instead of being open till 3 a.m. on weekends. In addition, there will be weekday work on rail lines that will start as early as 8 p.m. in many cases.

Wiedefeld said there is a draft plan that details a comprehensive schedule of track work that will take place throughout the year, including the month-long closure of some Metro stations on the same rail line.

For example, the Blue/Silver and Orange line rail lines from Eastern Market station to Minnesota Ave. /Benning Road will have reduced service from Aug. 20, 2016 to Sept. 16, 2016, while the Stadium Armory and Potomac Avenue stations will be shut down during that time. These lines have a large number of African-American customers because the trains are traveling to predominantly Black communities east of the Anacostia River and in central Prince George’s County, Md.

The draft plan states that buses will be available during that time to take customers to Eastern Market, Minnesota Avenue and Benning Road stations when they have to go off the rail system because of the closure of Stadium Armory and Potomac Avenue stations. Buses will be available for all of the safety-surge areas.

The draft plan urges customers to use alternate transportation to travel to avoid delays in their personal schedules.

WMATA’s Metrobus system and its ills were not discussed during Wiedefeld’s announcement of the plan. The final version of SafeTrack will be released on May 16.

Since his selection on Nov. 30, 2015 as general manager of WMATA, the second-busiest rapid transit and bus system in the nation, Wiedefeld has made upgrading the rail system a priority and has taken bold steps to insure customer safety. During the Jan. 22-24 blizzard earlier this year, Wiedefeld shut down the entire system from 10 p.m. Jan. 22 to limited service on Jan. 25, an unprecedented move by a general manager.

Wiedefeld also gained national attention for shutting down the rail and bus system on March 16 because of concerns regarding the system’s cables. Since that time, there have been system flare-ups with the equipment and technology and Wiedefeld seemed to have had enough.

“The plan is going to take some sacrifice from all of us,” the general manager said. “But it is clear that the current approach is not working [and] more aggressive action is necessary.”

Wiedefeld called on leaders of the Washington area’s jurisdictions to support his plan of action.

“Metro’s safety culture change depends on support from the entire region,” he said. “We have to begin by understanding that safety trumps inconvenience.”

Voters Express Anxiety Ahead of Debate