Ben Jealous, 44, Democratic gubernatorial candidate 2018, sat down for an interview with the AFRO July 16 in Baltimore’s Inner Harbor.

Jealous, a Rhodes scholar and long-time activist, is now an entrepreneur with Kapor Capital.

Jealous, a former NAACP national leader, has also worked as a reporter and executive director of the National Newspapers Publishers Association, a federation of Black newspapers and still serves as a board member of the AFRO.

Jealous, born in California, was asked about his connection with Baltimore.

Jealous’ mother, Ann Todd Jealous, at 12 years old, sued Western High School for Girls for the right to attend the then segregated school. Western eventually desegregated when she was 15. She met a fellow organizer, Fred Jealous, when they both taught at Harlem Park Junior High years later.

Marriage between Ann and Fred, a Black woman and a White man, was a criminal act in Maryland at the time. They married in Washington, DC.

“I always joke it’s better that the landmark decision be Loving v. Virginia that Jealous v. Maryland,” Jealous said. “It was illegal for them to cohabitate as man and wife here, just like the Lovings in Virginia, they had to live in fear of the sheriff or the police breaking into their house.”

That fear is what drove Jealous’ family to California. Ben was born in Pacific Grove.

“I was shipped back here every summer,” said Jealous. “I knew where we were from and maintained connection to the family. I would tell folks that being a child of the 70s and 80s were the years where Baltimore was really falling apart. Deindustrialization, rise of hardcore drugs and hardcore violence and the crack years really get started around ‘87. My childhood is right in between.”

The candidate reminisced about the unique culture of Pulaski Street, where his cousins lived at the time.

“Saturdays, they were washing down the marble steps with bleach” Jealous said. “Friday nights, a young man was singing a cappella on the corner. All that sort of thing. You’ve got to really love West Baltimore to keep coming back when things are falling apart.”

The AFRO asked the candidate what the candidate has learned from the last generation of civil rights activists in an environment of encroaching retrenchment.

“What that teaches you, is that our country is a country that often takes a step back and then will respond by taking two steps forward. It’s always darkest before it’s dawn, we go down in order to go up higher. And I believe we’re living through one of those moments right now. We are on the verge of becoming a nation where every group is a minority. Where we all have to get along with one and other groups demographically in order to succeed democratically.”

When it comes to democratic, big and little “D,” success, the Republican incumbent, Larry Hogan is up against a number of structural and statistical hurdles. The last two-term Republican governor was Theodore Roosevelt McKeldin who left office in 1959.

“If you look at McKeldin, what’s interesting is that he was elected at a time when Republicans were able to build multi-racial, multi-class coalitions that included significant numbers of union members and Black voters,” Jealous said. “The Republicans are almost incapable of doing that now. They may get some folks from the more conservative unions, but they lose them overwhelmingly and few Blacks will vote for them. They have isolated themselves.”

McKeldin famously stated “”I rode by train over several state borders. I carried no passports. No one asked me to identify myself. No one had the right to. This is America.”

Jealous was asked to compare this attitude with Hogan’s resistance to the concepts of sanctuary states and cities and fears across throughout Baltimore City and the state of ICE aggression.

“It’s easy to prey on people’s fears, it’s easy to pit them against each other, it also profoundly destructive and short sighted,” Jealous said.

The candidate said he sees a clear way to Annapolis.

“Hogan won by 63,000 votes in a year when 125,000 Democrats did not turn out,” Jealous said. “These were not unlikely voters, these were the most likely voters.”

Jealous has repeated often how his dramatic turnaround of NAACP membership from the hundreds of thousands to the millions, proves him well suited to turning out voters on election days.

“I get very excited because, throughout my career as an organizer, starting at age 14 with the Jesse Jackson campaign, 2012 with the reelection of Barack Obama, what I’ve excelled in is building teams that turn out unlikely voters,” said Jealous. “We can defeat Hogan just on likely voters. We will wallop him with unlikely voters.”

Hogan announced his candidacy in June. He is expected to run unchallenged for the Republican ticket next year. Jealous is facing a Democratic primary with four candidates, including Prince George’s County Executive Rushern Baker,III so far. In addition, Maya Rockeymoore Cummings, wife of Congressman Elijah Cummings, and Baltimore County Executive Kevin Kamenetz are strongly considering entering the race. 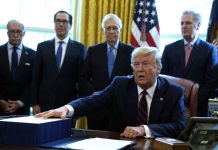 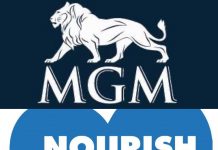 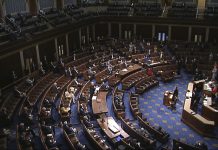 Home Internet Jammed Up? Try These Steps Before Upgrading