By Lauren E. Williams, Special to the AFRO

It was more than three decades in the making, but it finally happened: The first Black baseball team won the D.C. Little League Championship.

The team’s name is the Mamie Johnson Little League Majors (MJLL), and with a 14-7 win against the Capitol Hill Little League on July 24, the team has cemented its name in the sports record books and set the District abuzz.

The Ward 7 team is named after Washington, D.C. resident Mamie “Peanut” Johnson. Johnson was the first woman pitcher in the Negro Leagues.

According to the National Visionary Leadership Project, Johnson had a passion for baseball at an early age. This passion followed her throughout her life and into her career with the Indianapolis Clowns. The sports pioneer passed away last December.

“Providing a safe, fun and competitive place for the youth in Ward 7 to play baseball and grow into young men and women with a strong sense of community” is a goal for the team, according to the MJLL website. While play is competitive, every participant gets a chance to play.

The team is only the second all-Black team to compete in the local championship in the game’s history.

And, the victory is even more shocking when looking at statistics and current demographics of the sport. Overall Black participation is low. In fact, in September 2016, Baltimore Orioles center fielder Adam Jones told USA Today: “Baseball is a white man’s sport.”

But, the MJLL is looking to help close this racial disparity for youth in the nation’s capital. If this win is any indication of the future, the team is well on its way to doing just that.

To make donations toward that effort, learn more at www.mjlldc.org. 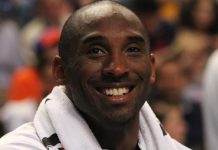 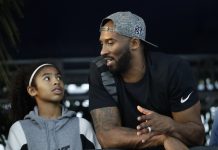