It’s easy to think that personal chefs are only for the rich and famous. However, many top-notch cooks such as Baltimore’s Dorien Murphy regularly answer the call to pack up their pots, pans, and spices plus all the groceries needed to make delicious meals for everyday folks.

With a solid 5-star rating on Thumbtack, Murphy counts as a multi-venture owner and chef as he leads the development of the personalized culinary industry.

“My interest in cooking began at a very young age,” Murphy said. “At five years old, my passion for cooking was inspired by my parents. They always playfully battled in the kitchen. Mom had the best sides, while Dad made the best ribs and sauce. That passion was expounded upon as I watched primetime Food Network programming.”

Murphy, who cites Emeril Lagasse, Bobby Flay, and G. Garvin as his favorite chefs, said the culinary industry has never been an easy one and that he’s had his own share of unique challenges.

“Balancing my love for business and culinary arts was the initial challenge,” he said. Murphy grappled with how to satiate his entrepreneurial hunger through culinary arts. With a background that’s steeped in the culinary arts and hospitality industry, Murphy has worked for luxury hotel companies as an executive, health auditor and consultant.

His culinary journey began as a cook at the Elkridge Country Club in Baltimore, where he said he honed his skills. “I believe that African Americans are continuously emerging as tastemakers in the United States,” he said. “The evolution of hip-hop, the prevalence of African Americans in the athletic landscape, fashion and business industries has advanced the acceptance of Black culture in mainstream American life.

“America has become more accepting of the African-American voice and image, and as such, it has become more aware of the value African American expression has in a Caucasian-dominated profession,” Murphy said. “Black chefs have distinctive relationships with flavor and cooking that add tremendous value and variation to the culinary industry. It is very difficult to deny or prevent the progression of food and African American culture is an integral piece of this growth.”

This article originally appeared in the Washington Informer. 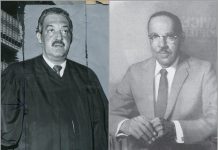 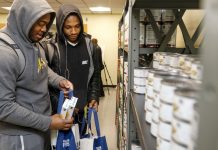