For two years, Pam Johnson, a native Washingtonian and businesswoman, was targeted by malicious gentrifiers through blogs, emails, tweets, and other forms of social media to discredit her reputation and business.

Johnson owns a property on H St NE, an area that once was a mecca for Black businesses, but has rapidly gentrified due to the District’s urban renewal plan and the rebirth of the H St N.E streetcars. 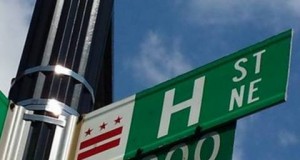 Johnson believed the attacks were attempts to muzzle her activism on H Street to put pressure on city officials to provide assistance to existing establishments. She worked with long standing businesses on H Street to bring government attention to the devastation caused by construction of the streetcar and streetscape urban renewal projects.

Determined to fight back, Johnson conducted her own investigation, identified the attackers, contacted city officials and hired an attorney. “It was awful! Can you imagine finding out that your business is the subject of negative publicity by people who you’ve never met?” said Johnson. “The bullying was going back and forth. It had a life all its own.”

Johnson spoke out against D.C. Councilmember Tommy Wells focusing much of his attention to new businesses on H Street and not to existing establishments hit hard by the installation of tracks for the new trolley system. Although Councilmember Tommy Wells refused to comment on cyberbully case, Johnson said he was fully aware because the tweets and blogs were sent directly to him.

“In just a few years, and through the hard work and commitment of H Street Main Street, the ANC and local entrepreneurs, H Street has opened over 100 new businesses and created more than 1000 new jobs. I’m especially proud to have authored innovative legislation to provide incentives for retail development through financial assistance provided by the District. This program has awarded grants to more than 20 recipients, including Ms. Johnson’s project,” said Councilmember Wells.

After years of advocacy and as the complaints became more publicized, the long-established businesses were finally included in the opportunity to apply for retail grants.

In 2012, the mayor announced the second round recipients of the H Street NE Retail Priority Grants for existing owners. The grant required businesses to spend up to $85,000 of their own money for retail upgrades that would be reimbursed by the government. “Some of the new businesses were given the opportunity/benefit for non-compete grants that didn’t require them to upfront any money, while the existing businesses had to come up with cash. It was unbelievable. Most existing H St businesses were suffering and didn’t have the money to put up front. So consequently, they couldn’t take advantage of any grant with those kinds of conditions,” said Johnson.

Johnson applied for the grant to improve the retail component of D.C. Conscious and Café. The first floor, which is visible to the public, is a juice bar, food, and sandwich shop with a social gathering area for speakers, book readings, and intellectual discussions.

The upstairs is a full level of retail offering eco-friendly products, herbal remedies, art, and handcrafted items by local and international merchants. As the renovations began, curious spectators began to hurl complaints to city officials claiming the business was a fraud.

From the blogs and tweets, the bullies assumed because work was being done on both floors that Johnson used monies intended for retail renovation to fund a restaurant. Johnson’s business became the subject of a very popular White-owned weekly publication and a national magazine. The unfounded attacks heightened.

Once Johnson discovered who the culprits were, including a Department of Justice attorney who works to expose fraudulent businesses, she responded by email. Johnson also contacted an attorney to find out more about the originators of the negative tweets and blogs, and to legally address attempts to defame her business and character.

“Cyberbullying of businesses is a new arena for most attorneys. The federal government has focused on cyberbullying on teens but not tainting the reputation or closing down a business,” said Vanessa Carpenter Lourie, legal counsel for Johnson.

“What is also difficult is identifying the culprit because they hide behind code names,” Lourie said. “We were lucky. Once we identified the attackers, a notice of cease and desist was issued. They agreed.”

Johnson was not as agreeable. “[The] FCC needs to do something to stop this kind of attack on businesses,” said Johnson.

With two New York-based businesses on either side, Johnson is completing the renovations and looking forward to the grand opening. “Black and minority businesses can still have a life on H Street,” said Johnson.