If you relied on Hollywood’s revisionist historical docudramas, you’d think that White men fought to the death to win freedom for America’s Black slaves while they sat passively and sang spirituals until liberty was granted at the benevolent hands of White folks. Not the case at all.

Abraham Lincoln, for example, the Great Emancipator? Not so fast. Go read John Hope Franklin or W.E.B. Dubois. Join the Association for the Study of African American Life and History (ASALH) at its annual awards ceremony in Washington, D.C. this weekend. One of the many scholars there will surely set you straight. Blacks at all levels and in all arenas fought for their own freedom, but you rarely hear or see that narrative.

As Black History Month comes to a close and we are likely to see Hollywood bestow its highest honors on an acclaimed film, “Lincoln,” which whitewashes the critical contributions of blacks such as leading abolitionists Frederick Douglass and Sojourner Truth, without whom we might all still be in chains. Did you know that she even served as a scout and a spy for Union Troops? Or, that Douglass convinced Lincoln to muster the U.S. Colored Troops, who were instrumental in the Union victory? They had to win the war, or there would have been no 13th, 14th or 15th amendments.

The theme of this year’s Black History Month is “At the Crossroads of Freedom and Equality: The Emancipation Proclamation and the March on Washington for Jobs and Justice.” The former was in 1863; the latter in 1963. In 2013, people for hours stood in long lines just to get a glimpse of the original Emancipation Proclamation which is not shown very often anymore because of its fragility. But how many people also learned of the untold irony that on the very ground they were waiting was once the sad site of the most lucrative slave market in the nation’s capital?

So, we can do better: We must make it a priority to develop ways to tell our own stories and preserve our dwindling historic resources such as historic churches, cemeteries, meeting halls and schools.

And we must be vigilant and protest against those who tell lies or half-truths, willingly or not, for their own advancement. How many doctoral dissertations about African-American life and culture are being written by everyone but struggling African-American students as you read this? Check out, for example, how the book “The Immortal Life of Henrietta Lacks” of Baltimore came to be written by a White Johns Hopkins graduate student.

Making the preservation of African-American history a priority means making contributions to black scholars, authors, historians, genealogist, preservationist and filmmakers. Black history museums, such as the Blacks in Wax Museum in Baltimore and the African American Civil War Museum in the District do not sustain themselves. Plans had to be scrapped in Virginia for a National Slave Museum for lack of support even from African Americans?

Gentrification alone is threatening to wipe out whole neighborhoods in Baltimore and places such as Barry Farms in Southeast Washington. Alexandria’s black residents, for example, who were priced out of Old Town, are now trying to rescue the historic Carver School and American Legion hall from demolition. African Americans are going to have to raise at least some of the $700,000 ourselves, as we should.

I’m still trying to figure out how our story gets told by everyone but us. We complain about whitewashed versions of our history, but when we don’t make the necessary investments in preserving our historic treasures or trailblazers as we should, we will continue to find the esteemed figures of Black history portrayed as Hollywood buffoons. 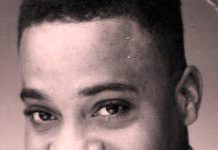 Letter to the Editor: Royalty of The ‘Elders’ 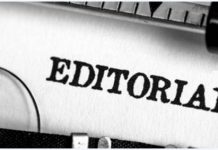 Despite Misleading Attacks, the Choice is Clear: Re-elect Mosby