By Renee Foose, Special to the AFRO

Baltimore City School No. 159 opened in 1945 following World War II in the Cherry Hill community that was established for returning soldiers.  “At the time, there were two sessions, a morning session from 8-12 and an afternoon session from 12:30 – 4:30 p.m.,” said Barbara Singleton, 77, of Glen Burnie.“ I was one of the first students to attend 159, and the school was the heart of our Cherry Hill community,” Singleton told the AFRO.

Singleton is not only started her formal education at Cherry Hill Elementary, but she continues as an intricate part of the process as she now volunteers at the school several times a week.  She attended Cherry Hill and later Dunbar High before enrolling at Towson State Teachers College, now Towson University.  “I was the first Black person at Towson to graduate from the Cherry Hill community” she said. Singleton graduated in 1963 and was one of 13 African American teachers in a graduating class of 368 students.  She then began her teaching career in Baltimore City Schools and retired after several decades.

Cherry Hill Principal Tracey Garrett said Singleton “is part of our school. She works with our fourth and sixth grade students, and follows a groups of seventh graders. She helps teachers with whatever they need to make our students successful.” Garrett, who has led the school for 9 years is also an alum of Cherry Hill and is passionate about bringing fellow alumni back to the school to interact with students. “At our end of the year celebration for eighth grade students, Ms. Singleton tells students to be mindful of their choices, and to always do their best so they can have opportunities in life. She also encourages them to remember where they came from and to come back to Cherry Hill,” Garrett said. 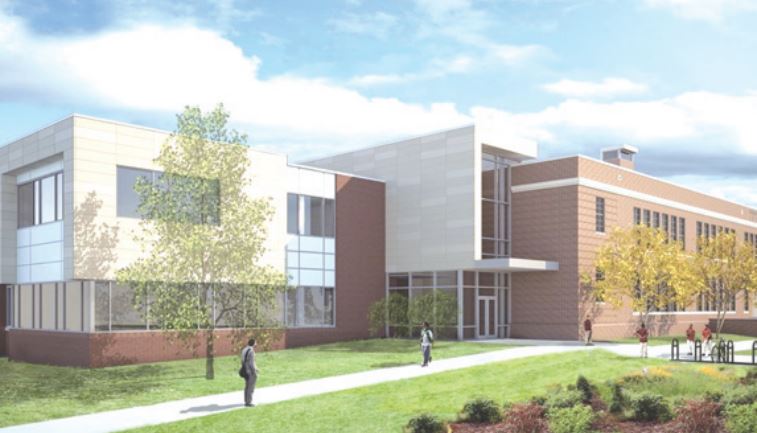 Despite never having the opportunity to teach at Cherry Hill Elementary, the school remains close to her heart.  Singleton, along with several other original students, are writing a book about their shared experiences and the Cherry Hill community.  “It is important for us to share the memories, pictures, and family values we learned from Cherry Hill.  The effects of education, religion, and community pride are still part of our lives now” she said.

Cherry Hill Elementary has had many of the same heating and cooling issues seen in many City schools over the years.  That changed when officials and community members came together last fall to celebrate a renovated and state of the art new school.  Mayor Catherine Pugh’s administration opened the renovated school after investing $48 million to modernize the facility to meet the needs of today’s students.  Some of the new features at the school include technology labs, upgraded infrastructure for teaching and learning, laptops for teachers and students along with common learning areas.  The school is designed to be an extension of the community, and a sense of that community lives on in several of the original students from more than seventy years ago.

Spokesman: Cosby Lawyers to Seek Early Release Because of Pandemic