WASHINGTON (NNPA) – Employers pickpocket billions of dollars from low-wage workers, a crime that disproportionately hurts Blacks and often goes underreported, according to a recent report by the Economic Policy Institute (EPI).

Researchers at EPI, a Washington, D.C.-based think tank focused on economic issues that affect low- and middle-income families, said that employers steal wages from their workers by paying sub-minimum wages, failing to pay for overtime, writing bad payroll checks and cheating workers out of their tips. 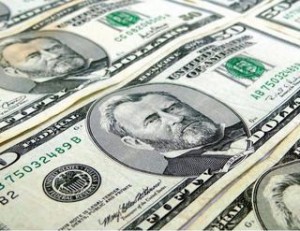 “When a worker earns only a minimum wage ($290 for a 40-hour week), shaving a mere half hour a day from the paycheck means a loss of more than $1,400 a year, including overtime premiums,” stated the report. “That could be nearly 10 percent of a minimum-wage employee’s annual earnings – the difference between paying the rent and utilities or risking eviction and the loss of gas, water, or electric service.”

The study reported that two-thirds of low-wage workers deal with at least one pay-related violation in any given week.

It can start with a boss telling shift workers to wait on standby just in case they’re needed or asking them to work through a 10-minute break. Workers living hand-to-mouth and marginalized by society feel obligated to comply with these practices that are often illegal.

Kentucky labor laws require that workers get a paid, 10-minute break for every four hours of work. A McDonald’s in Berea, Ky., violated the 10-minute break regulation and was forced to return $29,000 to 203 employees, the EPI report said.

In 2013, when all robberies in the Bluegrass State added up to $2.5 million, employers returned $4.4 million in stolen wages to employees, a criminal trend that ripples across the nation, according to the EPI report

An investigation into the treatment of front-line workers in New York, Chicago, and Los Angeles found that victims of wage theft lost $3 billion. EPI researchers used that figure to estimate that wage theft cost workers across the nation $50 billion, annually.

The FBI’s Uniform Crime Reports 2012 data showed that “All of the robberies, burglaries, larcenies, and motor vehicle thefts in the nation cost their victims less than $14 billion,” the report said.

Front-line workers are often the first point of contact between a company and the customer.

According to another recent EPI report on restaurant workers, “Blacks are disproportionately likely to be cashiers/counter attendants, the lowest-paid occupation in the industry.”

Some employers skirt wage and overtime laws, because the relative penalties are so low. Currently, for employers who fail to pay minimum-wage or overtime, the maximum civil money penalty is about $1,000.

“For giant corporations such as Wal-Mart and Dollar General, maximum civil money penalties per violation should probably be at least $25,000, while small businesses should be subject to smaller fines – perhaps $5,000 per violation,” said the report. “Clearly, the fines should be sufficient to deter violations and to make it economically unwise to violate the law.”

The United States Labor Department and state-level labor officials managed to recover close to $1 billion in stolen wages in 2012, according to data collected from 44 states.

That “is only the tip of the wage-theft iceberg, since most victims never sue and never complain to the government,” stated the report.

In a blog post in April 2014, Ross Eisenbrey, vice president of EPI wrote: “Few local governments have any resources or staff to combat wage theft, and several states have closed down or so severely cut back their labor departments that workers are left mostly unprotected and vulnerable to exploitation.”

The EPI report on wage theft recommended adding hundreds of investigators to the staff of the Department of Labor’s Wage and Hour Division and prohibiting companies that have been convicted of wage theft from receiving federal contracts.

“No one knows precisely how many instances of wage theft occurred in the U.S. during 2012, nor do we know what the victims suffered in total dollars earned but not paid,” the report stated. “But we do know that the total amount of money recovered for the victims of wage theft who retained private lawyers or complained to federal or state agencies was at least $933 million – almost three times greater than all the money stolen in robberies that year.”

US reports 1st case of omicron variant in returning traveler

Blacks and Dialysis: A look at kidney disease in the community

First Black-owned autonomous grocery store in the U.S to open in...

Statement from JUSTGeorgia on Arbery verdict

webeditor@54.204.251.142
410-554-8200
Necessary Always Enabled
Necessary cookies are absolutely essential for the website to function properly. This category only includes cookies that ensures basic functionalities and security features of the website. These cookies do not store any personal information.
Non-necessary
Any cookies that may not be particularly necessary for the website to function and is used specifically to collect user personal data via analytics, ads, other embedded contents are termed as non-necessary cookies. It is mandatory to procure user consent prior to running these cookies on your website.
SAVE & ACCEPT