Between 8,000 and 10,000 attendees are expected to convene for the Congressional Black Caucus Foundation’s 45th Annual Legislative Conference Sept. 16-20 at the Walter E. Washington Convention Center in Northwest Washington, D.C. This year’s theme, 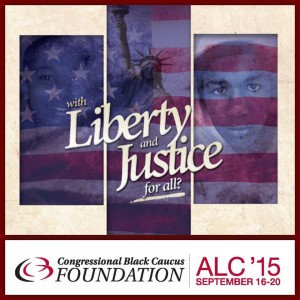 “With Liberty and Justice for All” is drawn from America’s Pledge of Allegiance and its inherent, but still unkept, promises.

The ALC has become an annual pilgrimage for many activists and leaders looking to address issues of social injustice and economic inequality that continue to plague Black communities.

“This conference is really the epicenter of dialogue and action oriented solutions,” said Menna Demessie, CBCF’s vice president for policy analysis and research. “You go to so many conferences and you hear all about the problems. But we really want to push the solutions part of this.”

The Annual Legislative Conference seeks to bring people to the table to help erase the notion that the Black community cannot produce solutions to its ills, Demessie said. For example, the conference promotes stories of activists already working in communities to make change.

“Instead of reinventing the wheel, we want to uplift examples of people already making changes in their communities and put a focus on leadership that is often unseen and unappreciated,” Demessie told the AFRO.

For example, as a direct result of the ALC’s focus on disparities in education and employment opportunities for minorities and women in STEM-related fields, Edwards and other CBC members introduced legislation—some successfully— meant to increase STEM opportunities for those underrepresented groups.

And, the Caucus has also visited Silicon Valley and had “extensive” dialogue with tech companies about their lack of diversity, added CBC Chairman Rep. G.K. Butterfield (D-N.C.).

“To our surprise they have apologized and acknowledged their shortcomings and all of them have committed to changing,” he told the AFRO. “We have cultivated a strong working relationship and I believe over the next five years we will see a shift. Our challenge, [however], is to ensure our young boys and girls get into STEM education.”

The issue of improving opportunities for STEM careers among Blacks will continue to be addressed at this year’s conference, but the foundation hopes to see similar progress in other areas—mainly in criminal justice reform.

“This year is quite important because of all the attention being paid to criminal justice and because of the ways in which people of African descent have been targeted by law enforcement,” Demessie said, referencing the death of dozens of Blacks while in police custody. “We are creating a space to engage the youth and for officials, policymakers, grassroots activists, [etc.] to create solutions to end these injustices and bring law enforcement and communities together.”

The need for civic engagement will be a major thrust given the fast-approaching presidential elections.

“We always have a voting registration and engagement as a solution so it always comes up in these conferences,” Demessie said. “But during an election year it takes on even more precedence. We want to get people registered but we also want to inform policy.”

Among those policies supported by the CBCF is passing an amended version of the Voting Rights Act, since the Supreme Court in 2013 invalidated a key provision of the law that protected minority communities from voting discrimination. There have been sustained, Republican-led efforts to suppress the votes of communities of color.

“Voter suppression has always been on the African-American agenda, regrettably… [and] will always be front and center of the CBC’s agenda,” Chairman Butterfield said.

Through networking and meaningful discourse at the conference, individual advocacy efforts can be strengthened, leading to concrete change, said Rep. Donna Edwards (D-Md.). 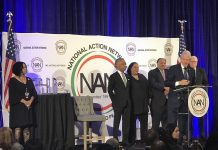