By Wayne Crenshaw, The Associated Press /Telegraph of Macon

1st Lt. Andrea Lewis’ mom visited her at work Feb. 6, and had good reasons to be proud.

Lewis started her aviation career as a flight attendant for Delta Air Lines and now she is a co-pilot for the Joint Surveillance Target Attack Radar System at Robins Air Force Base. Lewis, who lives in Atlanta, is the first Black female pilot in the history of the Georgia Air National Guard and is about to make her first deployment.

Lewis first followed in the footsteps of her mom, Sharon Pierrie Scott, who is a long-time commercial airline flight attendant. Now Lewis is following her father, who was a Marine pilot and then a commercial pilot. Lewis said after her dad died in 2010 she decided to pursue becoming a pilot.

“He always said being a pilot is the greatest job he ever had,” she said as she sat in the cockpit of a J-STARS jet. “It was something I wanted to do because he had such a big passion for it, and once he passed, I wanted to be just as passionate about what I’m doing.”

She became a commissioned officer in the guard, took pilot training and has been flying the J-STARS E-8C for two years.

Specifics on the timing, purpose and location of her pending deployment are secret, but she will be heading to Southwest Asia, which includes Afghanistan and Syria.

Lewis’ mom climbed on board a J-STARS jet with her and talked about her daughter’s career path.

“She has done it on her own, and I have the ultimate admiration for her,” Scott said.

Scott also talked about what she thinks about her daughter deploying.

“As a mother I’ve got that feeling in my heart that most mothers will have, but I know that she’s well trained and she’s well qualified,” Scott said.

Lewis, 31, is still a full-time flight attendant, but has left that job temporarily for her deployment. She hopes to eventually become full-time at J-STARS and later become a commercial pilot. Her fellow flight attendants have been excited about her pilot career and she hopes someday she can be a pilot on a flight with them.

She is excited to be deploying. She said, “Going over for this deployment I think is going to enhance my abilities that much more.”

Lt. Col. Mike Roy, her commanding officer, said he has been impressed with Lewis.

“She’s young but she’s got a lot of drive,” he said. “She’s got the potential to be a great leader in the Air Force.”

Lewis said she hopes her career can inspire other young people.

“It allows me to be able to encourage other people to do what they really want to do and overcome their fears,” she said.

J-STARS planes fly over combat areas, track enemy movements and relay that information immediately to troops on the ground. 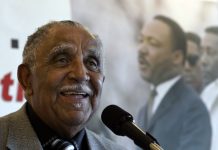 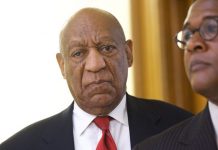 Spokesman: Cosby Lawyers to Seek Early Release Because of Pandemic 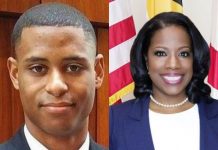