The Colour of Music Festival gathers musicians of African ancestry from across the country and around the world. The South Carolina based event traveled to Duke Ellington for two days March 14 and 16.

Even though Black artists are noted as the architects of jazz, gospel and R&B their work in classical music doesn’t receive as much attention. An Artist like African-French composer Le Chevalier de Saint-Georges who was respected and revered overseas doesn’t receive as much recognition in the states. The Colour of Music Festival wants to correct the record.

“Peggy Cooper Cafritz once said ‘the goal for all our students is freedom from limitations,’” DESA Chief Executive Officer (CEO) Tia Powell Harris said during the first night, which honored the renowned co-founder.  She went on to say, “we believe that POC owe it to themselves to become so well educated and so well trained that they will be able to do whatever they damn well please. Not only must they go to college, or conservatory they must become leaders in the art world.’”

“It is particularly fitting that we dedicate this evening’s performance by the Colour of Music Virtuosi all female chamber orchestra to our incomparable co-founder Peggy Cooper Cafritz.”

“These Black female classical musicians embody that dream Peggy had for our children. This is what it looks like to be free from limitations. Were she here with us tonight Peggy would see the present and the future performing on the same stage and together embracing the undeniable fact that her dream has come to fruition,” Harris said.

Other female musicians of color were honored in recognition of National Women’s History Month.

“(We are) honoring Florence B. Price, among other women of color who have contributed significant works, but whose contributions are rarely programmed and heard by major American orchestras,” said Colour of Music founder and artistic director, Lee Pringle.

On Saturday Dvorak’s “New World Symphony” and Mozart’s  were presented by the Colour of Music Chamber Orchestra, the Ellington Orchestra and the Ellington Chorale.

Featured guests included Anyango Yarbo-Davenport and Joseph Jones. Yarbo-Davenport is Professor of Violin and chair of the String Department at the Juan N. Corpas University (Bogota, Colombia) and Professor of Violin and Coordinator of the Strings Department of the Pontifical Javeriana University of Bogota. Jones studied composition, conducting and viola at the Peabody Conservatory of Music. He has appeared with the Moscow Symphony, the Kuban Symphony and the Orquestra Sinfonica de Coyo. He is also founder, artistic director and conductor of the Orchestra Amadeus based in New York.

Portions of the proceeds went to support the Instrumental and Vocal Music departments at DESA. For more information please go to www.colourofmusic.org or www.ellingtonschool.org. 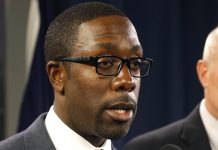 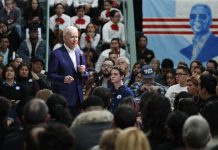 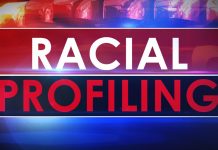 The Black Struggle in 2019: Staying aware, facing injustice and fighting for the future