Submitted to the AFRO by Alayna Washington

I teach in a city that is known for its architecture, cuisine and diversity; but also for its pronounced racial segregation, inequity and violence. A place where students strive to get accepted to Selective Enrollment schools in order to have expanded access to resources and opportunities. A place that in many ways is a microcosm of our world. Chicago.

As a teacher at one of the most diverse Selective Enrollment and Magnet High Schools in the city, I have the opportunity to create a safe and brave space for students of different racial, ethnic and class backgrounds from neighborhoods near and far. Every day, we confront questions like — Who am I? How am I both privileged and marginalized? What is the history of racism? How do people respond to difference and facilitate positive change?

Using unique curriculum created by a global education nonprofit called Facing History and Ourselves, teachers like me are equipped with a platform to discuss difficult topics and give students the opportunity to find answers to questions posed by their own lived experiences. Through participation in historical case studies including the Holocaust and the Nanjing Atrocities, my students fight hate with history.

By unpacking difficult but imperative questions, my students are able to dissect and analyze the complexities of the present day that are rooted in the historical decisions and actions of those who came before them. Within my classroom, students share their stories, expand their perspectives, and build empathy through transparent dialogue on the legacies of history.

And history never feels far away. The 2016 presidential election was emotional for many of my students. Some were angry or scared. Others were confused and uncertain, in terms of how a nation could transition from a president that promoted inclusion and acceptance to one that uses rhetoric of exclusion and hate.

As a teachable moment, I decided to have my students explore the Reconstruction, examining the parallels between how society at large responded to the first interracial democracy in the United States with how people responded to the first Black president. The case study explored how our society transitioned from one in which Black men held prominent positions at the municipal, state, and federal levels of government to one of racial terror, lynching and Jim Crow. We explored how this response related to the present day.

By contemplating the choices that were made by both everyday citizens and members of the government in response to Black men in power during the Reconstruction Era, my students were able to gain an understanding of the backlash to Barack Obama’s presidency. They found that people responded to difference with hate and antipathy. People allowed racist images of Black men in power to distort the reality of their service and contributions to society. These same human responses to difference were prevalent during President Obama’s terms in office, and they are also prominent in the city of Chicago.

Teaching young people today is especially challenging given the environment we are all facing. But this work has inspired me, and the youth give me hope for the future. By exploring the historical prevalence of racially-rooted hatred and antipathy in the classroom with my students, they are able to understand the crux of today’s ever so common tensions. My students are the next generation of leaders, and they are learning to use historical examples as a motivator to choose love over fear and understanding over ignorance. They are able to make choices that will hopefully spur inclusion and a new era of equity. 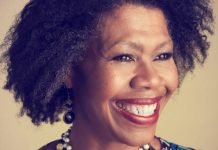 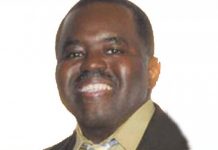 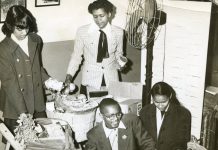