As a District of Columbia Public Schools and Howard University graduate, Loretta Whitfield, who died on Dec. 27 at the age of 79, knew the value of representation.  Whitfield and her husband Melvin Whitfield established Lomel Enterprises- a combination of the beginning of their first names- as a means of offering toys to Black children that looked like them, and with research and hard work the baby Whitney doll was born.

“Loretta [and] Melvin thought that there was a need to fill a gap that left children of color without positive images.  They spent seven years researching and developing Baby Whitney, a Black doll. The Whitfields even hired an African art historian to design the doll’s face, which is based on a fertility doll in West Africa,”  according to an obituary submitted to the AFRO.

The Baby Whitney doll was groundbreaking and featured as a toy to look out for in several publications, including the LA Times, Ebony and a 1987 New York Times article on the Black doll debate. 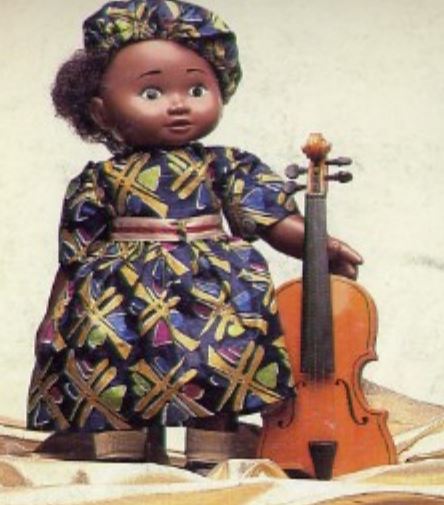 A 1958 graduate of Eastern High School in Northeast, D.C., Whitfield went not far up the road to Howard University where she pledged Delta Sigma Theta sorority and graduated in 1962. She went on to get a Master’s at American University in 1964.

Whitfield had a long career at her alma mater where she worked as a Howard University Counselor and Director of The School of Arts and Sciences from 1972- 1999.

When she and Mr. Whitfield ventured into the toy business in the late 80s, the Baby Whitney was barrier breaking and award winning.

With her many accomplishments in her almost 80 years, Whitfield will be remembered by the mark she made on those she impacted at Howard, the representation she offered generations of Black women, and in the hearts of her family members- for whom she thought about when designing the Baby Whitney toy.

“The impact of Loretta’s life and works will transcend to generations of Black women and girls, but the greatest impact she had was in her family,” according to Whitfield’s obituary.

“There is absolutely no doubt in my mind that I am the man that I have become because of my sister Loretta” said Jesse Thomas. “Retta didn’t just jump into teaching and counseling after she received her Masters degree in counseling psychology from American University. Retta was a natural born teacher before the age of six.”  Thomas said that when they were children, Whitfield went to elementary school while her siblings stayed home. She would then return home to begin teaching her brother and sister Arlene and later check for understanding with a quiz the next day to see if they remembered what she had taught them.

“Education, enlightenment and broadening the horizon of those who she loved was part of Loretta‘s DNA,” her family wrote in a statement to the AFRO.

She leaves to mourn her husband, brother, beloved nieces and the Baby Whitney legacy.

Capitol in Crisis: A look inside the minds of extremists, how Blacks can cope