LOS ANGELES (AP) — Jay Pharoah said he had a rocky time on “Saturday Night Live” because he refused to keep quiet and follow orders.

Pharoah, who was dropped from “SNL” last year after six seasons, said he resisted playing a Black woman on the show that lacked African-American female performers and complained when his impression of former President Barack Obama was shelved.

“They put people into boxes, and whatever they want you to do, they expect you to do,” he told New York radio station Hot97 this week, adding: “And I’m fiery, too, man. I’m not a yes (n-word).”

The show’s disinterest in his Obama impression came during his last 18 months on the show, Pharoah said. In contrast, guest star Alec Baldwin’s Donald Trump imitation became a staple this season for “SNL,” which saw its ratings rise.

“I feel like they gave up … on the Obama thing,” he told the station this week. “I think it was just like a ‘whatever’ attitude.”

The comedian said his fellow “SNL” performers shared his frustration over his position. “If you have multiple people on the cast saying things like, ‘You’re so talented and you’re able and they don’t use you and it’s unfair and it’s making us feel bad….’ ” he said.

“You go where you appreciated,” Pharoah said in the radio station interview this week.

He said he pressured the show to add Black women as writers and performers despite personal risk. “Me speaking up, they were ready to get rid of me in 2013,” he said. “I almost freakin’ lost my job.”

Sasheer Zamata, LaKendra Tookes and Leslie Jones were subsequently hired to work on the show.

Asked if he took his relationship with “SNL” and creator Lorne Michaels to a “negative” place, the comedian replied: “Not at all. I’m just a little more firmer” than other cast members and unafraid to talk to Michaels.

But he said he appreciated “SNL” as a “steppingstone” to other opportunities. He does stand-up comedy and has a series in production for Showtime, “White Famous,” that he said may air later this year.

Lynn Elber can be reached at [email protected] and on Twitter at http://twitter.com/lynnelber. 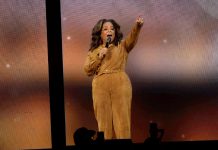 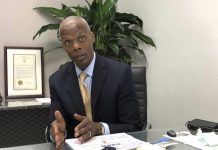 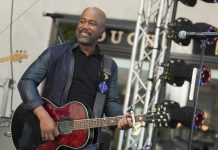