TriceEdney–Since the World Bank is exempt from US laws and courts, women in the World Bank can be sexually harassed and assaulted without any legal recourse.

Bank report (The Stern Report) attributed sexual harassment in the World Bank to “cultures with different standards for male-female relationships.” Women who challenge the status quo risk getting fired and losing their World Bank sponsored visa. This entails uprooting their family and leaving the US within 60 days.

In 1999, a US Congressional report found the Bank’s internal justice system that is supposed to protect women from sexual harassment unfit to adjudicate sexual harassment claims. The World Bank pushed back, stating that “The report fails to capture the unique challenges of a large inter-governmental organization composed of 181 member countries.” Chief among the challenges was the Bank’s obligation to “take into account the institution’s multicultural needs.”

A 2001 World Bank report gave further explanation. “While unwelcome behaviors are seen from the perspective of the person on the receiving end, the standard for judging whether a behavior is inappropriate is not purely subjective.” Situations which initially may appear to constitute sexual harassment may not rise to the level of legal offense when “the particular sensitivities required in the World Bank multicultural environment” are factored in.

What “cultural sensitivities” are factored in? In 2016, a comprehensive World Bank study of 173 countries found that over 100 of them have three or more discriminatory laws against women. For example, take Iran where, according to the Women’s Forum Against Fundamentalism in Iran, Article 209 of their constitution stipulates that “a woman’s life is valued only half as much as a man’s life.

In Nigeria, the penal codes dictate that “unlawful assault of any male person is a felony.” By contrast, “Unlawful assault of a woman or girl is a misdemeanor!” In March 2016, the Nigerian Senate rejected a bill introduced to grant women equality under law. Sound familiar?

When such “cultural sensitivities” are factored, coercive sexual harassment is merely regarded as a manifestation of the Bank’s multicultural environment. This is disclosed in the Stern Report that identifies a rampant culture of “General sexual harassment,” including “unwelcome touches, repeated requests for dates, and posters and jokes demeaning women.”

Of those who were interviewed for the Stern Report, 325 revealed they were subjected to “unwelcome sexual advances” and 75 said they were victims of “coercive sexual harassment.” The Report concluded that its findings “may seem laughable, but they are a reality to many women at the World Bank.”

The Report stated: “Women generally are not willing to complain about such behavior for fear of retribution. Most simply try to escape their situations as soon as possible. The lack of attention to the issue, the absence of secure and supportive channels to discuss problems, and the uncertainty that remedial action will be taken are seen as official tolerance of such behavior.”

Little has changed since the Stern Report was released in 1992. In 2016, in DN v. World Bank, the Bank’s Administrative Tribunal reviewed a case involving a male staff member who was terminated for placing his iPhone “under the skirt of a female staff member to take inappropriate photographs and/or record a video of her, without her consent.”  The Tribunal established that “the Applicant’s misconduct has been established” with sufficient evidence; yet, it ordered the World Bank to reinstate him because “the disciplinary sanction of termination was significantly disproportionate” to the offense he committed or the peculiar culture he manifested!

The only protection his victim has is coming to the office wearing pants! I call upon you to say #SheToo for every woman everywhere when she can’t.  The World Bank is one of those places. 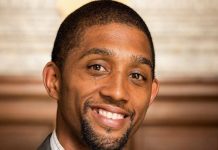 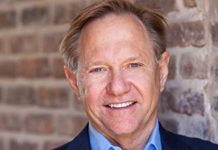