Five officers are now being disciplined internally for Freddie Gray’s handling, “rough ride” and death. Also this year, Baltimore has retrofitted vehicles to keep people strapped in and filmed in the vans as a way to stop rough rides. There are new rules blocking hazardous driving where police purposely bounce prisoners around. But the work is nowhere near complete to end the disgraceful practice that captured the nation’s attention in a justifiably negative way after Freddie Gray’s death in 2015.  There still needs to be an outright ban of so-called rough rides.

Everyone remembers that the courts last year did not convict any of the police involved in the ride that ended in Gray’s death .  They found no “legal basis” to convict.   A law outright banning rough rides could have brought a totally different outcome.  Senator Cardin (D-MD) said last year that he is interested in the possibility of federal legislation as well as what happens on a state and local level.

Protests in the city after Gray’s death  on April 19, 2015, preceded state legislators’ hearings. However, the State Senate’s Judicial Proceedings Committee voted against a bill outright banning the practice on March 11, 2016 on a 5-5-tie. Maryland State Senator Bobby Zirkin reported the proposal violated the committee’s way of “debating bills on legal merits.”

Rough rides are a form of police brutality. Suspects are helplessly tied, then forced through what sometimes ends up being over an hour of searing physical torture. The suspect is violently thrown around in the back of a police van being driven through sharp turns and bumpy roads often for extra distance for no reason.

27-year-old Christine Abbott received $95,000 in October of 2015 after the city of Baltimore agreed she had been “grabbed, thrown onto the ground” and “handcuffed” into a police van which she recalled was “manically [driven] to the police station. An officer admitted he “did not strap or harness” Abbott to the van.

The recent proposed ban would have required Baltimore police officers to securely fasten all detainees with seat belts and impose a $10,000 fine if any detainee proved injured during the rides.

City Councilman Brandon Scott stated in January 2016 that “There is no doubt that we must change the way we transport prisoners.” Since then, Baltimore has released upwards of 23 improved vehicles, all with at least 4 cameras which officers can use to monitor certain behavior.

On May 19 this year, the five officers involved with the Freddie Gray case were all charged internally by Howard and Montgomery police and could lose their jobs or receive other discipline. Despite all five officers’ attorney Michael E. Davey’s report that “the officers are being convicted of violation of policy and procedure” the charges leave many of the officers’ colleagues and citizens of Baltimore on both sides of the issue angry. The legislation would provide clarity.

{The Huffington Post} reported that there continue to be, “no local, state or federal lawmakers [that] have banned police from using unnecessary deadly force” by all police drivers with whipping speeds and turns that would hurt passengers. Additionally, there needs to be a mandate for providing immediate health care if needed, as should have been the case with Freddie Gray. President Obama publicly recognized that Gray may have had his spine snapped by police even before his horrific ride finished him off.

When the idea of banning rough rides was first brought up in June 19, 2015, the president of the Maryland Fraternal Order of Police, Vince Canales, said that rough rides should be decided “case by case.”  Seriously?  No ban of this inhumane practice?  Four Star General Barry McCaffrey, the Iraq hero who has seen the worst abuses of war, told us that banning the practice is so obvious, “I don’t even know why we are talking about this.”

McCaffrey is 100% right.  It’s time to move that tie vote forward to ban “rough rides” outright, directly and clearly. The issue is a national one. Just this month, Detroit was sued by a “rough ride” victim. Baltimore can be a national model for improving police rides– but this should be a matter of law, not discretion and discipline because someone happens to be caught.

Commentary: 21st Century is electric and green; embrace instead of stop it

COMMENTARY: And what of the Pythagorean Theorem

GBWCC names Dr. Sherri Henderson to the Board 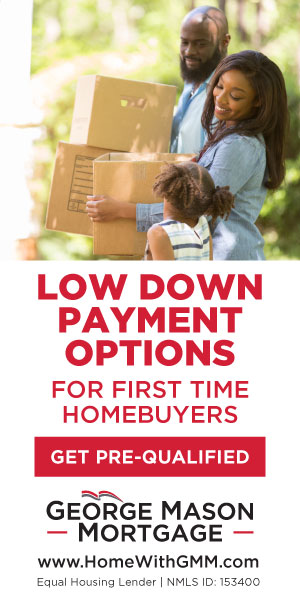 Commentary: 21st Century is electric and green; embrace instead of stop...