Villar played in all 162 games this year and led the Orioles with 176 hits, five triples and 40 stolen bases.

“He was a tremendously exciting player for us, a joy to have,” general manager Mike Elias said Monday night. “It was hard to let him go, but we’ve got to keep an eye on our strategic objectives, which is prioritize the future right now.”

Villar was too expensive to keep around. He is eligible for arbitration and likely to earn about $10 million next year, so Elias opted to trade the 28-year-old as part of a more substantial teardown.

“It makes a lot of sense and it’s something you have to do,” Elias said.

The GM described Villar as “a guy who’s going into his last year of arbitration with the team and facing free agency who is set to command a large salary with his play this year and year’s past” — qualities that don’t fit with the master plan for rebuilding the team.

“We’re going to miss him, but this is the right move,” Elias said.

Baltimore finished last in the AL East in 2019, the first season with Elias at the helm. From the outset, Elias made it clear that the roster will be overhauled before being injected with young talent.

Lucas is a 23-year-old lefty with one year of minor league experience.

“He’s someone who could project as a back-end starter for us possibly with good development,” Elias said.

“These are guys that had good years and continue to grow and are deserving of the opportunity to keep going forward,” Elias said. 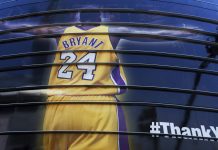 Reaction to the Death of Retired NBA Superstar Kobe Bryant 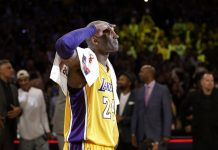