As a young journalist, Gwen McKinney was inspired by social justice. For four years, she reported for the Philadelphia Tribune, the city’s Black newspaper. Later, she moved to Washington D.C. and became a Capitol Hill correspondent.

“There is no such thing as objective journalism,” McKinney said in a phone interview with the AFRO. “So much of what I did as a reporter, especially in the Black Press, was advocacy journalism …my point of view was always on the side of people fighting for justice.”

Now the founder of McKinney and Associates, which she dubs a “public relations firm with a conscience,” McKinney is being honored for her 22 years of service.

She has been declared a “Drum Major for Justice.” It’s an award presented by West Chester University’s Frederick Douglass Society to alumni who have dedicated their work to equality and social change.

The Pennsylvania school honored McKinney during an awards ceremony on Jan. 26.

“I am humbled because anytime anyone’s name is connected with two of America’s most heroic sons—Dr. Martin Luther King and Frederick Douglass—it is humbling,” she said. “I particularly felt humbled because these two men embody everything I believe in.”

For a public relations strategist used to standing in the background as she pushes her clients to the forefront, McKinney says the honor is unparalleled.

“A recognition [like this] challenges you to live up to all that and try to do better and work harder to really speak to the legacy in which the award was made,” she said.

As the head of her D.C. based PR firm –the first Black, woman-owned firm in the nation’s capital devoted to social justice advocacy — McKinney is an advisor to civil rights champions.

“All of my clients I’m proud of because I pick clients like they pick me,” McKinney said. “Usually they embody the work and causes I believe in and support.”

Her advice to emerging media professionals: “Always be relevant to the times and to the things you believe in. That is what has helped me stay afloat and continue to thrive for 22 years.” 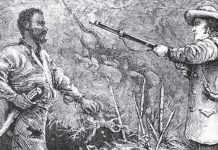 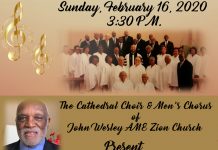 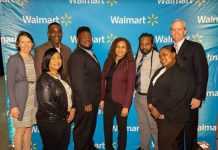 Another $5 Million Donation to NMAAHC