When we approached Rep. Elijah Cummings to write the foreword of the AFRO’s book, “The Thing I Love About Baltimore,” there was no hesitation. In spite of his schedule and the many things he could have chosen to fill whatever spare moments he found, he wanted to sign onto a project to venerate the city he loved and for which he fought. We’re happy to share his words with you as we all tearfully rejoice in the life of OUR Congressman, who served us all so well.

The Thing I Love About Baltimore

As you read and enjoy the personal reflections about our love for Baltimore that follow, you will appreciate, as do I, the AFRO American’s decision to celebrate the anniversary of its first 1892 publication in a way that is unusual for a news medium.

All too often, the press reports events and decisions in our lives that are difficult, dangerous and shocking.  In contrast, the AFRO decided to reach out to the people of Baltimore and ask us to tell our neighbors and the world what we love most about our home town.

As a result, The Thing I Love About Baltimore celebrates, not the paper itself, but the community that it has served so well for nearly 127 years.

In this foreword, before I am done, I will add some balance to that decision.  I will do so because the AFRO American has been an important part of my life – and one of the things that I love most about our community.

Nevertheless, I applaud the AFRO’s decision to celebrate its own anniversary by encouraging the people of our City to express their pride of community.

True to its tradition of lifting up our people, the AFRO saw the importance of our sharing with each other – and the world – all that is noble and good about Baltimore: why we love our home town with such passion.

Here, for your consideration, is why I believe that this expression of love for our community by those of us who are proud to call Baltimore home is so important.

Baltimore is a complex city and community that exemplifies all that is both good and troubling about our country.  As such, we are a living, breathing window into the heart and soul of America as we live through an historic time.

It is no accident, therefore, that Baltimore has always been, and remains, at the center of our nation’s continuing struggle for civil and human rights.

We are the place where our nation’s Star-Spangled Banner proclaimed our freedom – and also the place from which Frederick Douglass escaped his slavery.

We are the birthplace of Justice Thurgood Marshall & Clarence Mitchell, Jr. – and also the original expression of de jure residential segregation.

We are the home of some of the finest medical institutions in the world – and also the city in which the life expectancy in largely Black Sandtown-Winchester is 20 years less than in largely white Roland Park a short distance away.

We were the home of the 19th Century “No-Nothings” and the place where the vision of Dr. Martin Luther King, Jr., took root in the minds of young Black children more than half-a-century ago.

In the midst of all this complexity, commentators and national leaders from elsewhere can find it all too easy to paint our community with a negative brush

Closer to home, we are a community that is almost compulsively honest and candid, a people who do not hesitate to critique and protest what we see as lacking and wrong in our City.

These criticisms are necessary for they are the birthing ground of constructive change.  At the same time, however, unbalanced criticism can be self-reinforcing, causing us to doubt our ability to improve.

The Thing I Love About Baltimore is an antidote to this failing, reminding all of us that there is a bright, strong, creative and humane side to our City that offers almost unlimited potential for constructive change.

We have the capability to both challenge our limitations and realize that there is a true, insightful, and positive reality about Baltimore and the people who live here that is worthy of our admiration and even love..

It is this more inspiring human essence of our city that The Thing I Love About Baltimore reveals.

As one might expect, there are reflections about our close-knit neighborhoods and breathtaking parks, our great restaurants and centers of music and art, our world-class universities and engines of 21st Century technology, our community celebrations, ethnic festivals and wonderful Inner Harbor.

Most heartening to me, however, are the personal expressions of admiration for the people of our home town.

The Thing I Love About Baltimore shares the personal visions of all that is good about our city from (among others) a former Senator and the leader of our public schools, from a minister and an artist, from a national journalist, a comedienne and a social justice advocate, from the 2019 Baltimore Teacher of the Year and some promising third graders at Robert Coleman Elementary School.

So, when the Rev. Dorothy Boulware, the AFRO’s editor emerita, asked me to contribute a foreword to this celebration of our community, I had to agree.

I could not refuse because The Thing I Love About Baltimore reveals the courage, hopes, determination and compassion of a people who take the hard things in life in stride, who keep getting up when we get knocked down, and who, more often than not, lift up others as we climb.

Because of these positive expressions of character by everyday people like you and me, my own life and the lives of my family were transformed.

Only in a compassionate, dynamic place like Baltimore – a place filled with giving people like Ms. Juanita Jackson Mitchell, Mr. Walter Black, “Captain” Jim Smith, my best teacher, Mr. Hollis Posey, and all of the librarians at the South Baltimore Pratt Library – could a poor Black child who began in special education be transformed into a Member of the Congress of the United States.

Since you are reading this book, the chances are that you, too, share the vision and giving nature of those wonderful people who helped to lift me up in life – and that you truly understand why The Thing I Love About Baltimore is such an important and timely contribution to the ongoing renewal of our city

This is why, before I bring this foreword to a close, I will recall that this gift from the AFRO to the people and future of Baltimore is but the latest in a long series of contributions from the paper to our community.

Throughout my entire life, the AFRO American has exemplified all that is important and good in our community –  as I learned personally at an early age.

It was the paper’s long-time editor, Mr. John Oliver Sr., who gave me my first job delivering the paper – and who encouraged me to attend college.

From the paper’s writers, I learned how the AFRO and other Black newspapers across the country chronicled our migration from the sharecropping fields of the South into the factories of the North, including those of Baltimore.

I came to understand how, during World War II, the Black press documented the heroism of our soldiers, sailors and airmen, and how, during the Red Scares of the 1950s, newspapers like the AFRO were forced to struggle against both financial pressure and attacks by the agents of the McCarthy era.

Under John Oliver Sr., the editor who lifted me up, the newspaper survived, exposing the brutal face of Jim Crow and the fundamental unfairness of segregation, thereby providing the social and intellectual foundations for the movement toward civil rights.

In the words of “Soldiers without Swords,” Stanley Nelson’s controversial 1998 documentary for PBS, the AFRO and the other institutions of the Black press “gave a voice to the voiceless.”

Today, in the complicated world of 2019, and thanks in no small part to the AFRO American, you, I and all of Baltimore are voiceless no more.

We can stand together in the face of hateful words and actions from anyone, however prominent our attackers may be.

In the words of the renowned poet, Langston Hughes, once a correspondent for the AFRO, an engaged and hopeful Baltimore can proudly declare: “I have known rivers: Ancient, dusky rivers.  My soul has grown deep like the rivers.”

This is the hopeful, self-confident, and empowering message of The Thing I Love About Baltimore, a message that we can pass on to the children in our lives.

And this is the insight about our courage, strength, talent and humanity that will allow us to prevail, whatever challenges our future may bring. 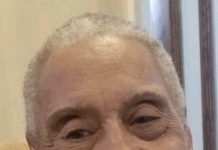 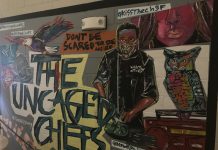 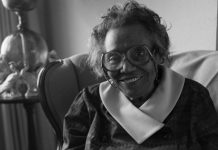