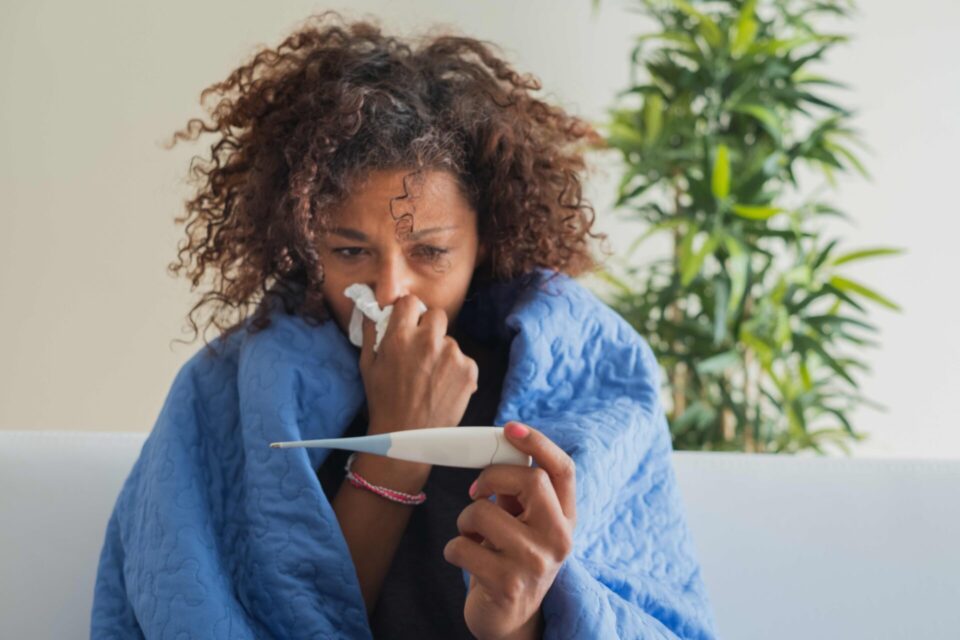 It’s cold and flu season, and the usual advice is being dispensed: Get the influenza vaccine, wash your hands regularly and avoid contact with anyone who’s already sick.

But is there anything else we can do?

“You can’t be overly cautious,” said Dr. Trish Perl, chief of the Division of Infectious Diseases at UT Southwestern Medical Center in Dallas. “But you have to be smart. A lot of people don’t recognize how serious the flu can be.”

The risk may be particularly acute when it comes to the heart.

A 2018 study in the New England Journal of Medicine indicated the incidence of heart attack was six times higher within a week of being diagnosed with the flu compared to the year before or after the infection.

“The data are becoming more and more compelling that the flu vaccine prevents cardiovascular events as well as mortality, especially for people over 65,” Perl said.

Several factors make the flu virus a particularly formidable foe, she said. It can be transmitted through the air, survive on some surfaces up to 48 hours, “and survive on a hand that’s not washed for up to an hour.”

“Most common illnesses are spread by your hands,” said Charles Gerba, a microbiologist at the University of Arizona who has spent a career tracking germs everywhere from toilet seats and airplane trays to computer touchscreens and hotel TV remote controls. “Hand hygiene is the most important thing you can do for yourself.”

He advocates washing hands or using sanitizer when coming home after a day of touching our germ-ridden world.

Experts suggest other tactics to keep in mind during cold and flu season:

Get enough sleep. One study found people who get fewer than six hours of sleep at night are more susceptible to catching colds.

Disinfect phones and tablets. “You’re continually touching them along with other surfaces, which is great for moving germs around,” Gerba said. “You can use alcohol wipes on phones, and you should clean and sanitize them once a day.”

Have a cup of tea. A 2018 review of the latest studies suggests catechins, a flavonoid and antioxidant in tea, can inhibit the spread of flu virus in the body.

Eat right and don’t forget the vitamin D. Some studies suggest vitamin D can strengthen the immune system and fight infection. Sources include fatty fish, dairy products, supplements and sunlight. “There isn’t really a lot of literature that suggests this will reduce the risk of acquiring and transmitting influenza,” Perl said. “But maintaining appropriate nutrition is very important in making sure your immune system is responsive.”

Be a careful shopper. Holiday crowds might provide an unwanted gift. Gerba advised paying particular attention to your children. “Bring the sanitizer with you and clean their hands right away,” he said. “Or, you could just do your shopping online.”

Try not to touch your face. The eyes, nose and mouth are prime entry points for germs you pick up throughout the day. That makes habits like rubbing your eyes, scratching your nose or biting your nails especially risky during flu season. “People do it so subconsciously and so often that it’s difficult to stop,” Gerba said. “You’ve got to really make an effort.”

Overall, Perl said, people shouldn’t be too anxious about flu season. “It’s really mostly common sense and getting your flu shot,” she said.

On the other hand, don’t be too cavalier either. “I tell patients a lot, ‘While you may not get sick or you might get mildly sick, I see people die from this.’ It’s absolutely true that bad things can happen from the flu.”

How to navigate mask mandates, vaccines in middle schools

Seat belt use is declining in Maryland

Harvard Green Light could be next breakthrough tool to fight Migraines

A moment sketched in time: 9/11 survivor recalls the tragedy that...

After 9/11, Some Found Healing by Helping