By Micha Green
Special to the AFRO

As June marks the official celebration of Black Music Month, “The High Note,” is the perfect film for music lovers and history buffs alike.  Despite the fact this reporter found the film, a bit predictable at points, it was heartwarming with a great soundtrack, impressive music history and trivia, and a nice mesh of renowned and up and coming artists. In addition, audiences get an opportunity to see actress Tracie Ellis Ross show off her musical chops, as they witness the child of a music icon hold her own behind the microphone.

It’s no secret that Tracie Ellis Ross, who plays the role of pop star Grace Davis, is the daughter of living legend Diana Ross.  In fact, it’s clear when watching, “The High Note,” that director Nisha Ganatra plays on the cultural knowledge that the actress playing Grace Davis is the daughter of one of Black music’s original divas.  There are shots when Ross looks eerily like her mother and moments where the audience is left wondering if the acting choices were directly inspired by the actress’ mama.  Despite the inability to separate the real life facts from the fictional character of Grace Davis, audiences want to know if Tracie Ellis Ross can really sing.

As a fan of the show “Black-ish,” which she stars in, as well as her other works, I’ve heard Tracie Ellis Ross hold a note or two and she seemed to have a decent voice then.  Much like her mother, Ross’ voice is pleasant.  Diana Ross was never celebrated as the vocal Bible of her generation, particularly with vibrant vocalists such as Aretha Franklin and Patti LaBelle as competition.  However, like in the case of Diana Ross, watching Tracie Ellis Ross perform is fascinating and listening to her pleasant voice is a treat.  Does her voice blow audiences away?  No.  But in partnership with Tracie Ellis Ross’ strong acting, the character of Grace Davis is dynamic, and audiences are rooting for her, even when she’s being a diva or mean.

That said, “The High Note,” also features some impressive musical performances in general.  This is not the first time audiences have seen actor Kelvin Harrison Jr. (David Cliff) in a role that involves a little music, but in “The High Note,” his skills as a singer are put on display and he has some enjoyable pipes. Despite being part of what felt like the hardest to believe and predictable moments of the film, Harrison’s acting is also strong and makes him a character in which audiences invest.

Dakota Johnson as Maggie is endearing.  Her acting is strong and the character of Maggie is sweet, but with enough drive and grit that her character is engaging the entire film. Maggie’s quirks make this film particularly enjoyable and unique, such as her affinity for music history and denial of her love interest.    Johnson’s acting shows a clear arc for the character and audiences will appreciate following her journey to the end.

Ice Cube comes off as the tough-loving manager, and although his acting isn’t the strongest, it’s Ice Cube.  Ice Cube is lovable because he’s Ice Cube and it’s nice to see him in the role of a music executive, versus hopping behind the microphone.  His acting choices seem stronger and make a lot more sense to audiences once secrets about the leads are revealed during the film.  Further, Ice Cube fills the void of having a strong, confident and established Black male, as Harrison’s character, in contrast, is young, naïve and figuring out his place in the world.  In addition, Ice Cube and Tracie Ellis Ross are a dynamic duo when on screen together.  Watching them play off one another is entertaining and their trust-based, platonic, professional and almost familial relationship is a refreshing narrative.

Finally, there’s romance and it’s admittedly cute.  During a pandemic a little young love can make audiences smile.  Notwithstanding some of the movie’s predictability and questionable moments, the combination of the romance, challenges, good tunes and fun musical scenes and noteworthy acting, the film’s low notes are definitely overshadowed by its “High Notes.”

“The High Note,” will premier at home on demand on May 29.

Art All Night Back with Virtual Touch

Black Content-Based Instagram Page Sells for $85M; Owner of Page is not Black

Meet the All-Black Women Fishing Team From North Carolina Who Are...

Delta Airlines Defends Black Woman After She Was Racially Harassed By...

Did You Know: Black Women Not Represented in Breast Cancer Clinical... 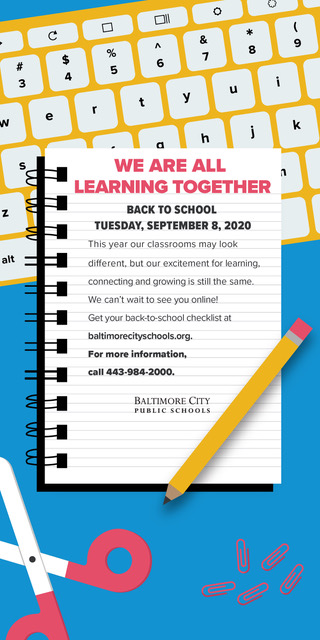