Even though The Smithsonian’s National Portrait Gallery is technically not on the National Mall geographically, it is still one of the most important museums in the District. Over the past few years it has housed some important exhibitions pertaining to the African and African American Diaspora. Just think of the now famous portraits of former President Barack Obama and first lady Michelle Obama that currently reside there.

“UnSeen: Our Past In A New Light” is no exception to this rule.

Ken Gonzales-Day and Titus Kaphar, a photographer and a painter, respectively, take our ideas and notions about race and toss them in a blender. The result is a heady mix of thought provoking images that leave the audience contemplating long after they’ve left the building.

“The history of early American portraiture favored White men who owned land, and it defined American identity in ways that excluded women and people of color from our nation’s visual record,” said National Portrait Gallery Director Kim Sajet in a press release. ‘UnSeen: Our Past in a New Light’ presents the perspectives of two leading contemporary artists who create powerful works of art that reframe history.”

The artists hail from different parts of the country but their unifying thesis’ on race connects their work.

Kaphar has 17 painting and one sculpture in the exhibit. His work is more visceral as paintings are cut, ripped, smeared with white paint. Images of Blackness are revealed under the traditional painting of “White” presidents and political leaders.

Kaphar’s work literally leaps off the canvas. Or in many cases peels off. The work is deliberately messy, sometimes gross, in an amazing way. You are forced to deal with the ugliness of racism that lurks behind the typical ideal of White, male leadership. Our American heroes are physically challenged by the portraits of a Black bodies underneath.

The Yale alum has had his work showcased in several museums including the Museum of Modern Art, New York, Brooklyn Museum and the Studio Museum of Harlem.

Gonzales-Day’s work had a more subtle edge to it. For instance in one collection of his work at the Gallery “Erased Lynchings” is a deeper exploration of the history of lynching and its impact on other racial groups such as Latinos, Asian Americans and Native Americans. In the portraits the violence and actual lynched figures are erased, leaving the viewer to ponder on the people who remained, the perpetrators of the violence and the bystanders. The witnesses. The violence seeps through the images even though they have technically been altered to be void of the acts in question.

In his other major collection “Profiled” the artists explores notions of race and beauty by juxtaposing classical images of White bodies and bodies of color next to one another. The artists poses the question, “Who is recognized and remembered in the national history, and why?”

The photos are beautiful in black and white, with the images having conversations with one another. The collection of the two artists work forces the audience to rethink how we see traditional museum works in general, and traditional ideas of what should go into a museum in the first place.

Gonzales-Day, who lives in LA, has had his work at Los Angeles County Museum of Art, Tamayo Museum in Mexico City, and Palais de Tokyo, in Paris.

Both artists push us to rethink the portrait and see it as yet another narrative that has been manipulated to tell only one type of story or history, over and over again. One that is frequently white and male. 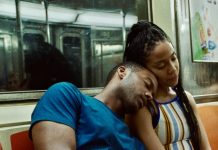