More than 700,000 people descended on Washington, D.C. Jan. 21 to witness the swearing-in of President Barack Obama and the Inaugural Parade, with many traveling great distances for the event.

The streets outside of Union Station were lined with tour buses from New York, California, and Canada, while vendors hawked merchandise ranging from Obama family calendars to Inauguration day hats and scarves. Union Station was also a hot spot for protesters seeking to grab the attention of travelers trying to find their way through the capital.

Trains arriving every five to ten minutes held hundreds of passengers. Some of the more distant travelers found themselves exhausted and hailed cabs to hotels, while others sat inside the station to wait the arrival of friends.

“I am proud to witness the historical event today and I plan to make the most it,” said Darion Thomas, a 27-year-old student from Houston. “It is something that I will remember for years to come.”

As the hour of the main event drew near, massive crowds began to leave the station, setting out to the National Mall. Some ran down Capitol Street, others studied maps, and some braced with their children for freezing 30-degree weather.

“I want my children to witness this great day and be able to remember it for the rest of their lives,” said Sydney Roger, a mother of three who traveled from Riverside, Calif. 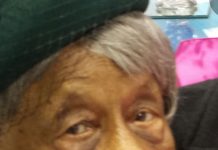 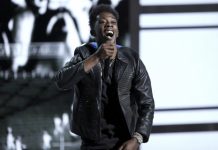