There is a basic premise that underlies the work Year Up, a non-profit that trains and prepares inner city youth for careers in information technologies (IT), does in Baltimore and 11 other cities across the country: urban youth have the talent and ability to thrive in corporate America, if not the opportunity.  It is a belief that informs not only Year Up’s approach to training their students, but the support the program’s staff provides for them as well.

Year Up is a one year program that prepares students for careers in IT. The first six months, known as the L&D (learning and development) phase, consist of classes in IT, as well as training in soft skills—the communication and comportment skills required for success in corporate America, but which are rarely part of classroom learning—and areas of personal development like personal finance. The second six months is comprised of an internship in IT, and in some cases financial operations, with one of Year Up’s corporate partners.

“It’s a lot of work,” said Ashley Williams, who began the program in August and is one of the select few students chosen for a new pilot track, developed in partnership with Symantec, in cyber security. “It’s a rigorous program. They put you in the introductory level of computer classes and you’re also taking a second level at the same time.”

The aggressive pace of the curriculum underscores the Year Up staff’s belief that their students, who first go through an intense screening process, are up to the task.

“The most important thing that they instill is high support, high expectation,” said Williams. “And I think that’s very important because when you know that people expect great things from you, you perform better.”

The support and expectations provided by the Year Up staff were a common theme in conversations with current and former students.

“I always wanted to go to school and that was something I had really wanted a lot, but I didn’t really have a direction,” said Dennis Smith, currently in the internship phase of Year Up’s IT track.

Smith, who commutes two and one-half hours each way on public transportation from Prince George’s county, had been an athlete in high school. His academic potential was ignored, and without other support systems in place, he bounced between factory jobs after graduating, and spent a lot of time being a “knucklehead” in the streets.

Smith received a wake-up call when some in his company were involved in a crime while he was present and he ended up doing 9 months in prison. He looked to Year Up to help turn his life around, and cites the support provided by the program’s staff as the principal difference between this and his high school experience as well as an inspiration for future endeavors.

For Alfons McQuaige, who graduated from the program this past August and is now working in the area of financial operations for Brown Advisory, an investment firm, Year Up represented a second chance after abandoning his college career at Frostburg State when he hurt his knee and could no longer play football, his principal motivation at the time for even attending college.

“I take full responsibility for that,” said McQuaige.  “That’s immaturity.”

McQuaige, who is still only 21 years old, came to realize that he had to move beyond his gridiron dreams, and found a path into a career with Year Up.

Nationally, Year Up places 85 percent of its graduates in jobs or full-time university studies within four months of completing the program, said Hall.  In Baltimore, however, the jobs market and the lack of corporate headquarters has made reaching that target more difficult, with 66 percent of their graduates finding full-time work or collegiate placements.

According to the Job Opportunities Task Force, an advocacy non-profit operating in Maryland whose goal is to increase job opportunities for low-income, low-skilled workers, the employment rate in Baltimore City for youth between the ages of 20 and 24 is 56 percent, a figure Year Up is outpacing.  Still, Hall wants to see more businesses step forward to help increase the placement rate.

“We have a pipeline of talent, skilled young adults between 18 and 24 that definitely have practiced the soft skill building for over a year,” said Hall.  “That’s the value proposition that we offer to our corporate partners, and there are many companies that have a high turnover and it’s because of the soft skills piece.”

For Cinnamon Fennell, a mother of two who is currently in the L&D phase of the IT track, Year Up represents a future where she can have peace of mind for her and her family, not worrying where her next paycheck may come from or how she will put food on the table.

“As long as you work hard, and stay on track, stay motivated and determined, you can make it,” said Fennell.  “And not only in this program but in life period.” 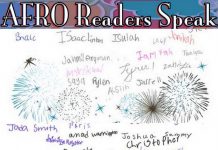