As an independent artist, the New York native may garner more Grammy nods for her new EP, “Seven,” which features a variety of soulful tracks.

Before her departure from J Records, King released an album in 2007 called “East Side Story.” The single “Walk In My Shoes” allowed her to stake her claim as a musical artist in the industry.

Fans and club-goers were moved by King’s raw talent during her performance at D.C.’s The Park at Fourteenth, part of the Unplugged Series produced by Beny Blaq Entertainment. Her new album is definitely soul therapy.

The AFRO sat down with the singer, who was nominated for Best Contemporary R&B Album at the 2008 Grammys.

AFRO: I know you have the “Seven” album available for preview on your Web site, emilykingmusic.com. How has social media impacted your solo career?

E: When you’re involved and online, people involve you and write you. But when you dip out of the scene, you’re out. I have a lot of artist friends who are so heavy into it. It’s not like it used to be, but it’s better—especially for independent artists.

AFRO: Tell us about your latest EP, “Seven.”

E: “Seven” is collaboration between Jeremy Most and myself and we’ve been working on this for about three years. We did it on our own. No budget, just kind of sweat, tears. Now, it’s finally out. It just felt right. We couldn’t hold it in anymore.

AFRO: So why D.C. on your list of locations to promote your album?

E: D.C. has been such a huge support for me and I started out here. You know [producer] Chucky Thompson is a native—we worked on East Side Story together. It’s been like three years since I been here and I’m so happy to be back.

AFRO: Do you know where you stand globally?

E: I don’t know—you know, East Side Story wasn’t released overseas. I definitely plan on going to London…we will see what happens.

AFRO: What was it like to tour with musical artists such as John Legend, Floetry, Alicia Keys?

E: It was great. I have experience now. I see how people put their shows together. John Legend is at a certain level so going from that type of scene to something lower than that, it just makes me want to work harder.

AFRO: What artists inspire you the most?

E: I always go back to the same three artists: Bob Marley, Jimi Hendrix and The Beatles. I’m huge on songwriting and they really have inspired me. They could really touch your heart with three words and a melody. 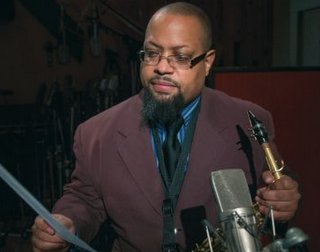