Stephanie Wilson and Joan Higginbotham, two Black women who dared to dream the impossible. One reached for the stars, the other was exceptional at math. Nevertheless, both reached, what seems, the ultimate height – making their dreams reality.

As a young girl growing in Pittsfield, Massachusetts, a small town of 44,000 and 130 miles west Boston, Wilson said she spent her nights looking up into the sky wondering what was out there.

For a class assignment, Wilson got the chance to speak with an astronomy professor at a local college who talked to her about space and the things that go on outside of Earth.

“It really started a thought process about what other opportunities were available and what were some other ways that I could function in aerospace,” she said. “I also had an interest in working with my hands and understanding how devices are put together. So, I did decide to study engineering in college.”

After graduating high school in 1984, she attended Harvard University and received a bachelor of science degree four years later in engineering science. Upon graduation, she got a job at the Martin Marietta Astronautics Group in Denver as a loads and dynamics engineer.

Wilson later earned a Master of Science degree in aerospace engineering from the University of Texas, where she researched the control and modeling of large, flexible space instruments, much like the structures and devices used at NASA.

She began working for the Jet Propulsion Laboratory in Pasadena, Calif., as a member of the Attitude and Articulation Control Subsystem for the Galileo spacecraft, the unmanned spacecraft that studied Jupiter, its moons and other Solar System bodies. It was launched in 1989 and arrived at Jupiter seven years later.

In April of 1996, Wilson was selected by NASA to be an astronaut candidate and reported to Johnson Space Center in August.

Wilson completed her first spaceflight on Space Shuttle Discovery in 2006 and logged almost 13 days, becoming the second African-American woman to fly into space. Following that expedition, Wilson was assigned to the a second mission aboard Space Shuttle Discovery that delivered the Node 2 connecting module to the International Space Station. Between 2006 and 2010, Wilson went on a total of three expeditions to space.

“I think my faith played an essential role in my career,” she said. “I also think my family, friends and teachers played a part as well because they always encouraged me to go for my dreams.”

Wilson is the recipient of the NASA Distinguished Medal, which she was awarded in 2009 and 2011, the NASA Space Flight Medal,  2006, 2007 and 2010, an honorary doctorate of Science from Williams College, the Harvard College Women’s Professional Achievement Award and the Harvard Foundation Scientist of the Year Award.

She is still with NASA working in the branch for operations of the International Space Station.

During grade school growing up in Chicago, Joan Higginbotham said, she always enjoyed math and science. That led to her love for electronics as a young, inquisitive girl.

“I was fascinated with electronics. I used to mess around with things at home,” Higginbotham said.

Ultimately, her fascination with math, science and electronics led to her desire to become an electrical engineer, which ultimately led to NASA and a trip to outer space about a space shuttle.

After graduating high school in 1982, Higginbotham received a bachelor’s of science degree in electrical and electronics engineering five years later from Southern Illinois University. She then set her sights on working for IBM, where she had interned for two summers. There was just one problem, she said. IBM wasn’t looking for any electrical engineers at the time.

NASA, on the other hand, was.

“Unbeknownst to me, they got all our résumés and out of the blue one day a manager called me up and offered me a choice of two positions at Kennedy Space Center,” she recalled.

Higginbotham said she initially thought the job offer was a prank, but she soon realized it was the real deal. She began her career and new life at the Kennedy Space Center as a payload electrical engineer in the Electrical and Telecommunications Systems Division.

She eventually applied and was selected as an astronaut candidate and began training in August 1996. After over a decade of training, Higginbotham, along with the rest of the six crewmembers of the space shuttle Discovery, took off on Dec. 9, 2006.

During her 12 days in space, Higginbotham’s assignment was to operate the robotic arm space shuttle.  The robotic arm is used to hold crew members while doing work in space and to move cargo, such as satellites.

After her career with NASA, Higginbotham switched gears and worked in the oil industry and is currently working for hardware store chain Lowe’s as director of supplier diversity, which ensures that the more of business’ suppliers are minority-owned and woman-owned. 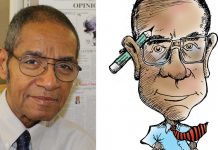 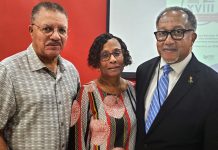