It was a coming out party for the seniors at National Collegiate Preparatory Public Charter High School, as they were presented to their friends and families and treated like kings and queens at the 6th Annual Sankofa Ball Feb. 24.

Held at University of Maryland Conference Center in Hyattsville, Md., these bright students entered the ballroom donned in elegant formal attire. The young women were clad in royal blue strapless gowns paired with gloves, while the men entered the ballroom in black tuxedos.

National Prep is the only school in Washington, D.C. that host “cotillion-style” galas for their students as a reward for their academic and leadership achievements.

One out of many significant goals achieved was completing the Rites of Passage Empowering Students Program (R.O.P.E.S), a 12-week life skills class.

“We felt it was important for them to understand what it means to be Black in America today,” Chief Academic Officer of R.O.P.E.S, Dr. Dianne Brown said.

Many of these seniors are from Ward 8 in Southeast, D.C., an area known to suffer from inequality. For many guests, the cotillion proved that these seniors are not going to allow society to strip them of their success and future.

Top 11 academic achiever, Arrange Blake, a student who aspires to be a graphic and fashion designer, spoke with the AFRO about battling with unhealthy friendships leading up to the event. “I had to stop hanging with fake friends because they were holding me back from achieving the goals that I wanted to achieve…so I had to cut a lot of people off.”

The decorated room was filled with proud families, as well as academic teachers and staff, who listened to these gifted seniors as they recited their career goals, along with quoting historical Black leaders that they each admire.

The biggest showstopper was their “Official Dance” known as the “DC Hand Dance,” which is a unique tradition that pays’ homage to their descendants who created such distinct movements.

In conjunction with the seniors’ important night was an award honoring the 100 Black Men of America, which received the first James Howard Vance III Community Service Award, an award that was renamed in honor of the late journalist. Vance’s partner, Christina Eaglin presented the award.

Eaglin said, “If he were here he would say “What?!…Are you kidding me?!” I wanted to say thank you because I know he would be honored…He loves National Prep…He would be proud.”

In addition to the 100-Black Men being recognized, the Greater Washington Urban League presented the Jim Vance Scholarship Award of $14,000 as a gift to National Prep at the Sankofa Ball. 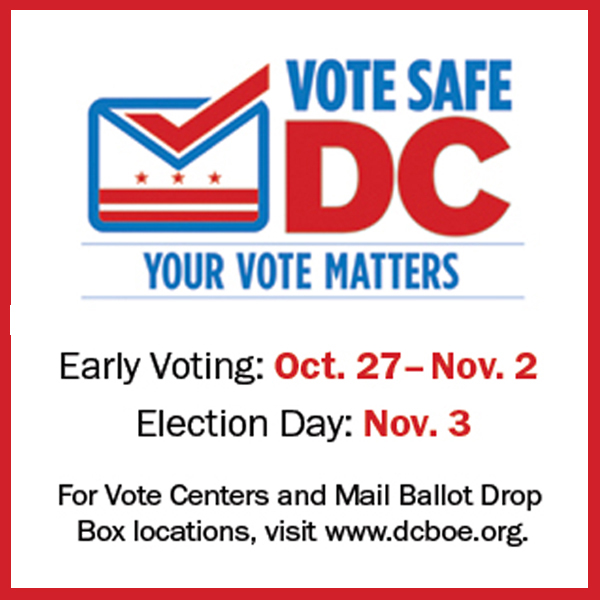