Lanham, Md.-based DuVal High School shut out High Point High School, located in Beltsville, Md. on Sept. 29. Tigers running back David Dupree stole the show after he rushed for 172 yards and accounted for five total touchdowns including a 90-yard kickoff return for a touchdown.

DuVal cornerback Marcus Jones was responsible for three interceptions from Eagles quarterback Vernon Patten, and he helped set the tone defensively and leading his team to victory. Both teams came into the match 3-1, but DuVal reigned supreme as they look forward to taking on 4A rival Eleanor Roosevelt, located in Greenbelt, Md. on Oct. 7.

The Raiders recently dominated Clinton, Md.-based Surrattsville High School 52-7 on Sept. 29. High Point, on the other hand, will try to bounce back against Surrattsville (1-3) on Oct. 6.

The Rams look to keep their winning ways moving forward as Suitland gears up to take on Upper Marlboro, Md.-based Frederick Douglass High School in a clash of undefeated squads on Oct. 6. Northwestern hopes to capture its second win of the season against Bladensburg High School on Oct. 7.

Penn State University commit Daniel George accounted for 148 all-purpose yards and hauled in his fourth interception of the year. He also ran back a 75-yard kickoff return and a 50-yard punt return for two scores respectively.

Oxon Hill secured its fourth win of the season in the landslide victory as the Clippers get set to face off against Oxon Hill, Md.-based Potomac High School on Oct. 7. Winless Fairmont Heights will take on Central High School (1-4), located in Capitol Heights, Md. on Saturday as well.

Suitland wide receiver Donovan Henry caught four receptions on a season-high of 104 yards receiving. Northwestern senior running back Shaka Victor had 14 carries for 40 yards, and he scored two touchdowns for the Wildcats.

Then, Gwynn Park’s Kamari Brown hooked up with Michael Brown Jr. on a 20-yard touchdown to strike first later in the third quarter. Flowers junior quarterback Julius Duvall put the final nail in the coffin in the fourth quarter after he hurled a 20-yard touchdown pass to Andre Patterson to ensure the Jaguars remain undefeated.

After suffering the first loss of the season, Gwynn Park will get ready to take on Fort Washington, Md.-based Friendly High School on Oct. 7 and Flowers will do battle against Largo on Saturday as well. 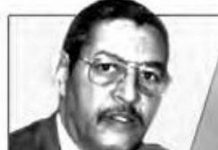