By Tia Trammell, Special to the AFRO

Jo Ann Jenkins, president and CEO of AARP, is a seasoned leader and innovator in business. To date she is in the business of empowering people to choose how they live as they age.”

Born and raised in Mobile, Ala., home of one of the largest cruise terminals in the south, Jenkins was exposed to a continuous influx of new people, new commerce, and new ideas.

Among other factors contributing to Jenkins becoming one of this century’s most influential “global thought leaders” domestically and abroad, is her experiences as an undergrad at Spring Hill College, which is one of the oldest Catholic schools in the country (founded in 1830) and Washington College, and as a graduate student at the prestigious Stanford Graduate School Business Executive Program. With a solid foundation in the field, Jenkins’ career path has led consistently led her to filling a gamut of highly influential positions, including senior advisor (1994) and CEO (2007) of the Library of Congress, where she willed a 4,000-person staff and $600 million budget with ease.

Jenkins’ achievements numerous. Her resolve constant. Quite naturally, she has positioned herself as one of this century’s most influential global thought leaders domestically and abroad. Jenkins joined AARP in 2010, and became its first black female chief executive officer in 2014.

Under her leadership, the foundation’s overall donor base has increased by 90 percent (over $38 million to date) in two years time. Continuing to launch AARP into the future, Jenkins work also partly reflects a Japanese approach to aging and the treatment of the elder community. In her best-selling book, Disrupt Aging: A Bold New Path to Living Your Best Life at Every Age, she makes it “her business”  to challenge old beliefs about aging.

According to Jenkins, aging “shouldn’t be thought of as some sort of decline, and rather a milestone of wisdom and increasing exchange of intergenerational knowledge.” 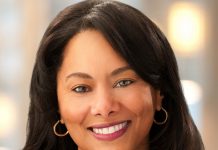 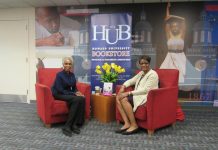 Trailblazing Author Talks Race, Politics and Getting the Story Right 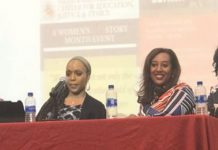