By Mark F. Gray, Special to the AFRO, [email protected]

Two years have passed since  random acts of gun violence led to the deaths of five high school teenagers in D.C., and now their peers have memorialized them with a mural.

Thanks to the efforts of a Thurgood Marshall Academy student whose boyfriend was murdered while returning home from a college mentorship program, the legacy of these children lives on.  “The Limestone of Lost Legacies,” is a mural featuring the images of five kids from the District who died in separate incidents two years ago. The memorial began as the vision of Lauryn Renford as a tribute to young lives lost in D.C. to gun violence.

Renford was motivated after the September 2017 death of 16-year-old Zaire Kelly, her boyfriend at the time, who was an outstanding student-athlete that competed in track and field at the Academy.  He was reportedly less than 300 feet from his house when a man tried to rob him in Northeast, Washington. Though Kelly did manage to stab the assailant, 19-year-old Sequan Keyleo Gillis, he was shot in the head and killed.  Gillis, who had just been released from jail and was being monitored, also died as a result of the incident 10 minutes after Kelly in the same hospital in Northwest D.C..

Kelly is one of five kids whose likeness has been immortalized through Renford’s effort.  Paris Brown, Jamahri Sydnor, Taiyania Thompson and Steve Slaughter were also murdered in separate shootings two years ago and share space on the wall in memoriam.

“I am sad that Zaire is on it. But I’m also sad that there are four other teenagers [who were killed].” Renford said to NBC-4 in Washington. “I feel fulfilled that I was able to get this project up in two years, but I am sad that it had to happen.”

Zaire was in the midst of starting his senior year at Thurgood Marshall, a charter school in Southeast, Washington, D.C. and was contemplating what colleges he would apply to. He is remembered for wanting to major in chemistry and also considering running for senior class president.

After being one of the last people that communicated with Kelly prior to his untimely death, Renford helped launch an organization she co-founded called “Pathways 2 Power” at Thurgood Marshall.  The organization raised $13,000 to fund the project which serves as a memorial, but has been somewhat therapeutic for the community.

“There is definitely healing properties to art and this remains a place of healing,” Renford said.

The mural was painted by local artist Martin Swift, who said it was “a blessing and a pleasure to work with these young people.”  It features a black background with facial renderings of Brown, Sydnor, Slaughter, Thompson and Kelly. Above each face is a small white map of D.C., featuring a red shaded area symbolizing the community where they lived.  A series of roses are also part of the background to remember other lives during that year that were taken too soon. 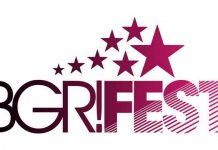 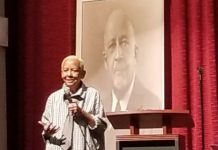 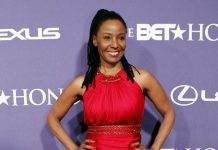