Despite possibly the worst NBA photo ever taken this past week, the Washington Wizards’ John Wall has looked good this summer. Follow his Instagram page and a series of short videos featuring Wall working out on the streets of South Beach under the guidance of famed trainer David Alexander will depict a point guard on the cusp of his prime putting in a grueling summer to improve. Popular basketball website ballislife.com did a recent interview with Wall in which the five-time all-star admitted his goal for the upcoming season is league MVP.

Solo-season awards have as much to do with the player as well as his team, and if Wall is indeed seeking MVP then it’s going to take a magical run for Washington next year. Not just the average high, 40-game win season but a 60-win, league domination type of campaign.

MVP caliber guys are typically the cogs in a franchise’s power year, and while Wall would be gunning for a once-in-a-lifetime type of campaign, his team would have to do something that the franchise hasn’t done since the late 1970s and that’s crush the regular season. Wizards’ teams in prior seasons have been night and day with its focus but things could turn this year. Several key additions, the return of good health for Wall (played just 41 regular season games in 2017-2018) and the relocation of LeBron James to be west combines for a lot of excitement around the District. In fact, how well Wall does this season could dictate the season’s outcome—providing his teammates step up.

If Wall can drop MVP numbers then Washington will surely be in line for an above .500 campaign but if new additions such as Dwight Howard and returning players like Otto Porter Jr. and Kelly Oubre step up, then reaching the Eastern Conference Finals becomes a realistic plausibility. The Wizards normally evoke eye rolls when discussing them but this might be the first season that the fan base is actually looking forward to next year. Much of the talk this summer centered on Wall’s possible trade for an athletic big, or really just any big besides Marcin Gortat. Depth was addressed as well as the draft but, perhaps, we tend to forget that Wall can still improve.

The iffy jumper won’t fly next year for an MVP run. Wall’s going to need to be accurate, deadly and efficient if he wants to win that hardware. While some fans grew tired of hearing the many promises and boasts over the last few years by a team that has yet accomplish anything, Wall putting himself on public blast might be just the thing the Wizards need to produce next year. If his teammates can follow his lead, it could be an enchanting run for the Wizards. 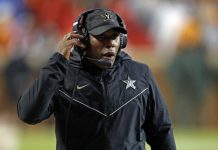 Shame on College Football for Lack of Black Coaches 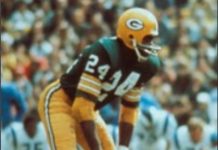